If there’s one thing we can all agree on, it’s that the ending of Dexter left a lot to be desired. Now that Dexter: New Blood is on the way, star Michael C Hall says he understands why the audience didn’t love the way the TV series resolved.

“I totally get people’s dissatisfaction with the way the show ended ’cause it didn’t really end. It just left us in this pretty unresolved funny certain place and while I thought that it made sense for the character to find himself in that position and to put himself in this self-imposed exile after all the chaos after the show, I would get why it was pretty unsatisfying… [and] infuriating for fans,” Hall told Entertainment Tonight. “They spent all this time and were longing for something that answered some questions or tied some things up or did something that the finale didn’t manage to do.”

However, Hall does point out that without that weaker ending, we probably wouldn’t have this momentous return with Dexter season 9. Ever the optimist, he considers that a “silver lining” to all the collective disappointment in 2013.

True enough, Dexter did end on a bit of a whimper the first go around. Spoilers if you haven’t seen, but it’s pretty shocking stuff: in the dramatic send-off, he unplugs his sister Debra from life support, casts her body out in the ocean, then sails his boat into an oncoming hurricane. Meanwhile, Hannah, another serial killer and Dexter’s former lover, takes his son, Harrison, to Argentina to start a new life.

Then in a post-credits scene, we find out Dexter started again in anonymity as a lumberjack, with the outside world believing he’s dead. Yeah, it’s a whole thing.

Dexter: New Blood picks up ten years later, with Dexter still living under and assumed identity in a small town in New York. He’s built a life for himself, minding a local store and whatnot, but some current events mean he might have to shift back into some old habits.

Clyde Phillips, who worked as showrunner on the first four seasons, is back overseeing this revival. Some other old faces are involved too, like Jennifer Carpenter and John Lithgow, among the new, with Clancy Brown, Julia Jones, and Alano Miller set to appear as well.

We’ll find out if this new season can redeem what came before when Dexter: New Blood starts airing November 7 on Showtime in the US, and Sky Atlantic in the UK. If you’re looking for a refresher, Hall himself has listed the best Dexter episodes to rewatch, and we have the best sci-fi series for more to binge otherwise. 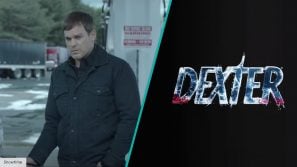 How to watch the next episode of Dexter season 9 – where can you stream Dexter: New Blood?
Get involved Continue the conversation over on The Digital Fix Forum