Deadline is reporting that regular Ryan Gosling collaborator Derek Cianfrance is in talks to direct the actor in his upcoming Wolfman horror movie for Universal and Blumhouse.

Cianfrance is the director of the arthouse films Blue Valentine (2010) and The Place Beyond the Pines (2012), both of which starred Gosling. Wolfman would be quite a step-up in budget and scale for the indie director, with his close relationship with Gosling (who is also a producer on the project) surely being the main draw here.

After initially planning a big-budget crossover extravaganza based on famous characters such as The Invisible Man, Wolfman, and Dr Jekyll with stars including Tom Cruise, Russell Crowe and Johnny Depp, Universal completely changed their strategy after The Mummy (2017) did not take off as hoped.

Instead, they have chosen to let filmmakers such as Invisible Man director Leigh Whannell have creative control and not have the pressure of forming part of a connected universe. Whannell was initially attached to Wolfman before having to depart over scheduling.

Cianfrance is quoted in Deadline as saying; “Horror movies were my first love — my entry into what cinema was capable of narratively, psychologically and aesthetically. Coupled with the opportunity to collaborate with Ryan again, this is truly a dream come true. I’m thrilled and inspired to work with the good folks at Blumhouse and Universal to bring this monster back to life in our collective unconscious.”

While Cianfrance has not directed a film for five years, he was Oscar-nominated just last year for his writing on independent drama The Sound of Metal starring Riz Ahmed and Olivia Cooke.

With both Cianfrance and Gosling’s independent spirits, Wolfman is shaping up to be a potentially very interesting and different kind of horror movie. 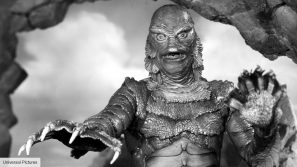