Art is subjective, and sometimes it is destroyed. Award-winning actor Christopher Walken has reportedly painted over a Banksy artwork worth £10 million while filming for the BBC TV series The Outlaws.

As reported by The Sun, Walken grabbed a paint roller and covered up the artwork, which had been painted onto a wall of the series’ set. However, this ‘cover-up’ job wasn’t a mistake. Apparently, Banksy, being a huge Christopher Walken fan, was happy to see his work erased for the sake of the series production, and in fact, insisted that Walken be the one to get rid of his signature spray painted rat.

“The creative team came up with the dream scenario and got in touch with the artist’s representatives in the faint hope that he might help them. Then they discovered shortly afterwards that he’d been to the location where they were filming and left something behind,” a TV insider shared. “They couldn’t believe their luck as he’d painted a giant rat using his hallmark stencilling technique as well as his distinctive signature. His only stipulation was that they really did paint over it — and it would be his hero Christopher holding the roller.”

The Outlaws is a comedy-drama set in Bristol written and created by Stephen Merchant. The series follows seven characters who are forced together to finish a Community Payback sentence. Christopher Walken plays Frank, an American who’s moved to the UK and is living with his daughter and granddaughter. 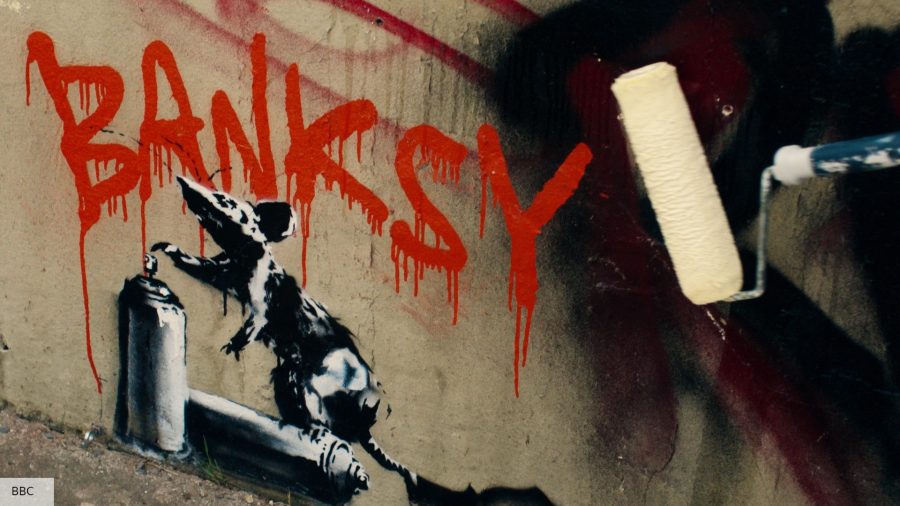 The Outlaws began airing on October 25, and is available to watch on BBC iPlayer and on BBC One for UK viewers. US fans can find the series on the streaming service Amazon Prime Video.