We’re heading into season five of The Crown on Netflix, and former UK prime minister John Major has been cast. Jonny Lee Miller will play the politician, for a season that takes the drama into the ’90s.

The official Twitter account of The Crown revealed the news, simply tweeting a portrait of Miller, and adding he’d be portraying Major. Miller has a long list of credits across film, TV, and theatre, including Sick Boy in 1996’s Trainspotting, its 2017 sequel T2 Trainspotting, Dracula 2000, Elementary, and Eli Stone. He’s the second actor to play Major in The Crown, after Marc Ozall provided a guest appearance during one episode in season four.

Deadline reports that the next season will heavily feature Princess Diana (Elizabeth Debicki), particularly her interview on Panorama from November 1995. During the segment, she famously spoke very candidly about the troubles within her marriage to Prince Charles, and their subsequent divorce. The broadcast was incredibly popular, with estimates saying that 23 million people tuned in, over 39% of the population of the UK at the time.

Jonny Lee Miller will play John Major in the fifth season of The Crown. pic.twitter.com/woMcTQtUmb

Every two seasons, some cast changeover, while new characters are added, and each season covers a particular Prime Minister. Major held the position from 1990 to 1997, bringing us right up to Tony Blair’s election.

The Crown season five is believed to start shooting this summer, for a release date sometime next year. It didn’t quite make the cut for our best TV series of all time list, but there’s plenty there to pass the time regardless. 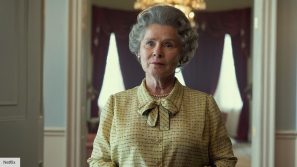 The Crown season 5 release date speculation, cast, trailer and more
Get involved Continue the conversation over on The Digital Fix Forum