Netflix’s The Crown season 5 has found its Prince William, in the real-life son of Dominic West, who will be playing Prince Charles.

Season 5 will cover 1992, which the Queen dubbed her “annus horribilis” due to the fact that Charles, Andrew and Anne (three of her four children) all separated from their spouses in that year. There was also a fire at Windsor Castle that same year.

Season 5 of The Crown will also cover 1997 – the year of Diana’s tragic death in a car accident in Paris, while being chased by the paparazzi. Dodi Al Fayed, Diana’s boyfriend who died in the car alongside her, will be played by Khalid Abdalla.

Imelda Staunton will be the third actress to play The Queen, after Claire Foy and Olivia Colman. Jonathan Pryce plays her husband Prince Philip, following on from Matt Smith and Tobias Menzies. Lesley Manville will play The Queen’s sister, Princess Margaret, picking up the mantle from Vanessa Kirby and Helena Bonham-Carter.

A new character will be John Major, played by Jonny Lee Miller, who was Prime Minister from 1990-1997. The Queen’s relationships with her Prime Ministers has always been a major focus of The Crown.

Netflix will be hoping to replicate this success with season 5. 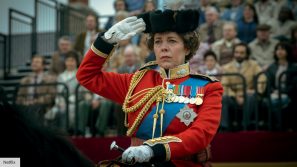