In the spy movie The Courier, an unassuming English businessman becomes integral to British and American efforts during the Cold War. When Oleg Penkovsky decides to defect from the Soviet Union, the CIA and MI6 enlist Greville Wynne to travel to and from Russia to gather information from Penkovsky, an operation that gradually goes pear-shaped.

Based on a true story, director Dominic Cooke retells the remarkable tale in a thriller movie about friendship, and the personal toll of going undercover. Benedict Cumberbatch plays Wynne, a family man for whom the mission almost takes away everything he loves. Opposite him is Merab Ninidze’s Penkovsky, who stands against soviet Russia despite the consequences.

In his second directorial feature, after 2017’s On Chesil Beach, Cooke finds humanity and warmth in a genre where neither is particularly common. We had a chance to sit down with him to talk about getting the tone right, why rehearsal matters, and the influence of Alfred Hitchcock on the score.

TDF: This your second movie – what made you want to stay in movies and direct another feature film?

Dominic Cooke: Well, I love it, basically. I’ve done a lot of theatre over the years, which I also love, and I’m going back to do something soon, and the great thing about theatre is the immediacy of it. It’s just people in a room, that’s it, that’s where you do your work.

But I absolutely love the process of making films, and you get a longer go at getting it right, and at the end, however tough it is, you have something to show for it. The hard thing about theatre is that it all goes up in a puff of smoke and you’re left with nothing except memories.

So yeah, I love it, and it’s been great for me, starting something completely new, and having to learn and grow at the age 55. It’s been a really great thing to open up, and I feel I’ve got a lot more to learn, and I’m hoping to do something again before long. 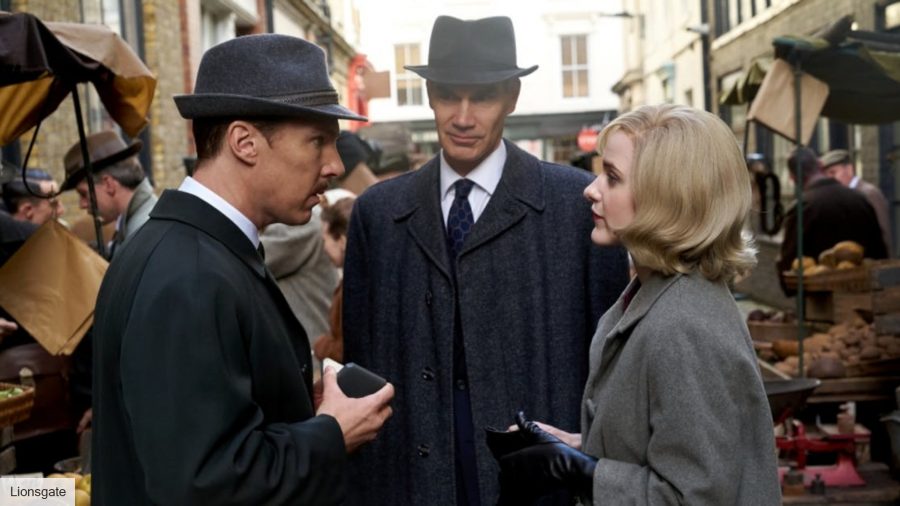 Each act of the move has a slightly different feeling to it, from comedy, to espionage, to hard-hitting prison drama. Can you tell me about managing that tone?

Well, you know what, it’s a very interesting point, the one you make, and a lot of it was about post-production. We had very clear ideas – for example, we knew once we got into the prison stuff we were going to shoot it all handheld, we were going to make it rough and dangerous. We went with the difference, we decided not to smooth over it too much.

We had some clear rules around the aesthetic, and how we were going to shoot it all the way through. But, in the end, the real tonal shifts, the real smoothing of it, where useful, sometimes it was meant to be abrupt and we went with that, was a lot to do how we cut it together. What we left out, how much information we’re giving the audience.

The first cut I did, the producers said to me ‘It’s too funny at the beginning, you can’t get the audience back, they’re going to keep laughing’. I quite like making them laugh, I think it makes them listen. But, what you don’t want the audience to think is that this guy is such a clown that there’s no way he’d be able to do it, you had to sort of be able to see that he might be able to do it. All of that took a long time to get right, yeah, to make it credible.

You came to the project from a script by Tom O’Connor. What were some aspects of the screenplay, and source material, you felt were crucial?

Well, I really loved the mix of intrigue, espionage, and tension in the situation with something warmer and more tender. For me, one of the challenges of espionage storytelling is a coldness of the subject that can leak into the experience for an audience.

That’s not to say there aren’t great espionage thrillers, but for me that human element often goes, because if you’re in the middle of some sort of espionage mission, whether fictional or real, the last thing you want to do is be vulnerable or warm. The protagonist is in a mode of calculation and covering up. 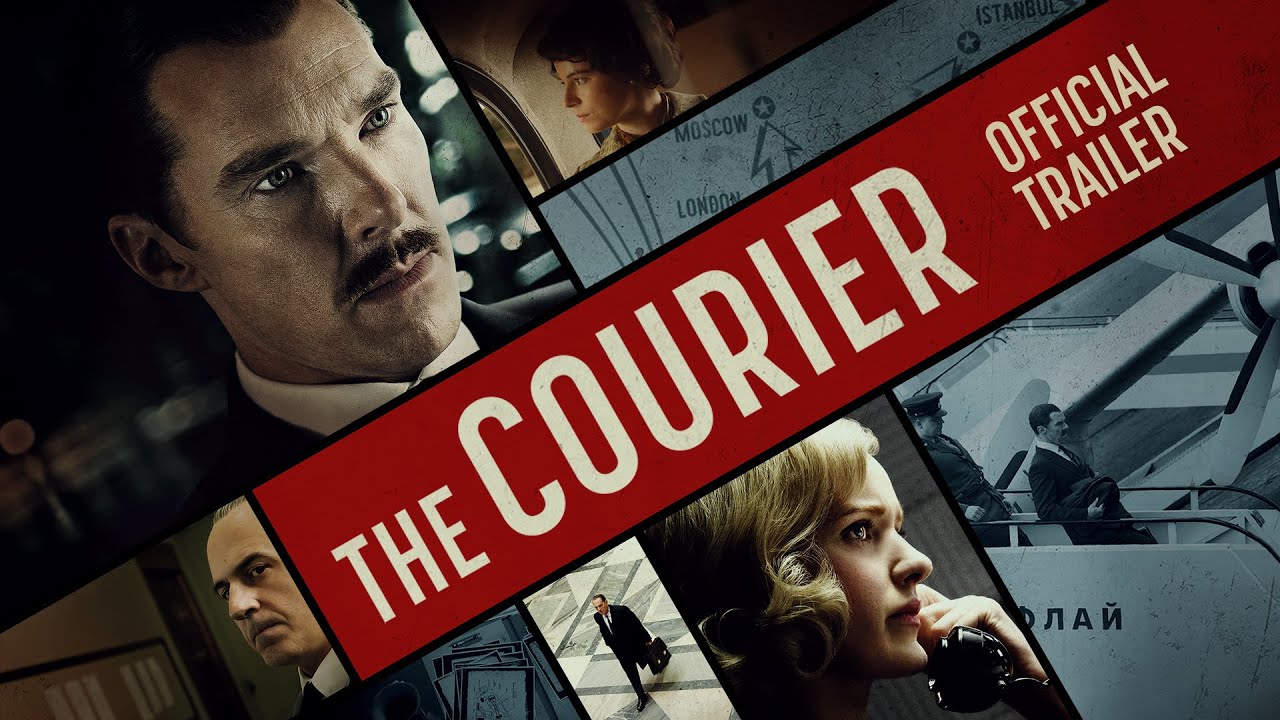 What was so great about this is that it leaned into a more emotional note about the power of friendship, and loyalty, and the personal cost of deception. That, I thought, was unusual, and appealed to me personally.

I read that amazing Ben Macintyre book about Kim Philby, which I think they’re about to turn into a TV thing, which I thought was so interesting. I just sort of thought ‘Why do people do this?’, the level of self-deception, lying to his wife, his best friend, I mean, it’s fascinating. This takes someone who had no experience of that, who was living a regular, everyday life, and put them into this very extreme situation. That mix really intrigued me.

The composer, Abel Korzeniowski, really added to the film’s emotional beats. Can you tell me about how you collaborated together?

You know what, it was interesting, because we listened to lots of scores, and people who were writing film music, and Koreniowski is from Poland. Maybe because of that, might just be who he is, but the music he’d done in previous films had such an open, direct, emotional heart.

Poland isn’t that far from Russia in that Slavic world, and he just had something about him that I thought was perfect. And that was a long, quite complicated process, because he was in Los Angeles and I was in London, so we did a lot of it on Skype. It was a pre-Zoom age! So we were doing it on Skype, often late at night for me, and it was quite tricky to get right because music is something that the producers really, really get involved in.

A good binge: The best TV series of all time

I just like the emotive quality of it. I wanted it to be a bit like Bernard Hermann and Alfred Hitchcock. Interesting thing about that is Hermann just sort of went ‘Bang, here’s what you’re supposed to be feeling!’ And some people don’t like that, because we’ve moved away from it, and I don’t want to singpost too much, and so on.

But actually, the fearlessness at which those guys worked together, I want that heat, and I thought he gave that. 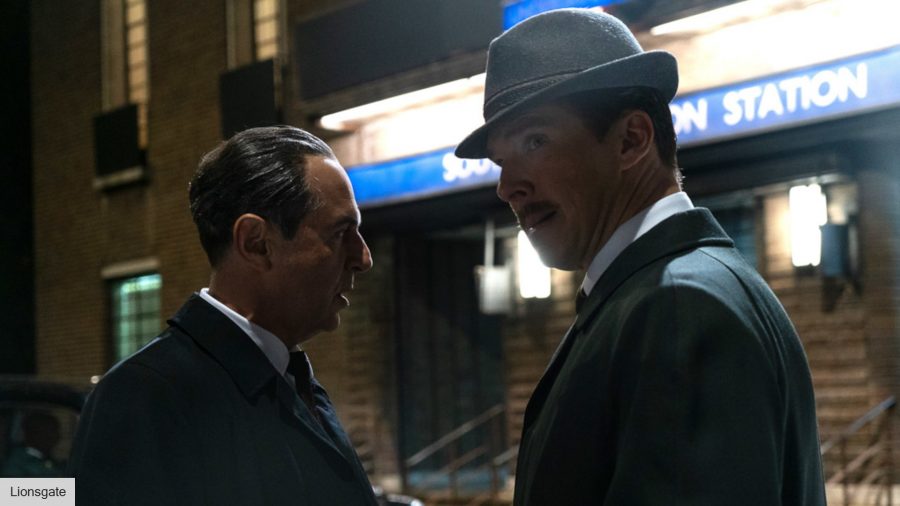 At the core of the film is a friendship that’s sold very strongly by Cumberbatch and Penkovsky. What did the actors bring to that?

Well, you know what, they really clicked. We had some rehearsal, and I like rehearsal. Some people in film say ‘Oh you shouldn’t do it because it kills the spontaneity’, but I think it’s how you do it, that’s the thing.

You don’t exhaust them by doing the scene, you might read the scene a few times, but what you really do is work out the backstory and circumstances really clearly before, so when they show up on set and they’ve had time to prepare, they’re in the same space. So we did about a week rehearsing, mainly just around a table, and we just talked a lot about what these two men had in common.

Although they came from really different cultures, and different backgrounds, and their life experiences had been really different, because Pankovsky was a military hero , and was seen as being a very extraordinary man, he was quite famous, and Wyn was a sort of everyday guy. He had a working class background living an upper-middle class life, he was a pretty regular guy really.

More greats: The best movies of all time

But what was clear when you dug a little bit deeper is they both felt like outsiders within their own worlds. Both felt like they were performing a life rather than living a life, and I think they made a really deep connection. Being able to talk that through, work that through in rehearsal, their actor’s instincts, they knew the film turned on that connection, and they’re both open people, so they went for it. They’re great in that regard.

Now that restrictions are lifting, cinemas are reopening. What’s your favourite cinema to visit?

I like the Curzon Mayfair, it’s really old-fashion, it’s got this early ’60s glamour about it. And because it’s in such a posh area you feel like you’re going somewhere special. I really like that cinema.

There’s lots that I like, I love going to cinemas! Even in a cinema I don’t particularly like, I love going to it, I love sitting in an audience with strangers, watching a story, and I’m so looking forward to getting back to it, because I have been to the theatre a couple of times, but I haven’t been to a cinema yet. I can’t wait.

The Courier is in theatres in the UK August 13.