Everyone can agree that when Arnold Schwarzenegger said that he’d “be back”, no one expected just how many times we’d see SkyNet trying to destroy humanity. But after the disappointing box office of the sixth movie in the cult franchise, Terminator: Dark Fate, many thought that, finally, the Terminator wouldn’t be returning to the big screen. However, Gale Anne Hurd has other ideas, and seems keen on potentially making another sequel.

Hurd is one of the biggest producers in Hollywood right now, having worked on several acclaimed projects, including Aliens, The Abyss, and the hit TV series The Walking Dead. She is also credited for co-writing the first Terminator movie, with her ex-husband James Cameron, and was involved in several films in the sci-fi franchise.

During an interview with Variety, Hurd discussed the possibility of making yet another Terminator film, citing its mass potential, despite the last entry’s disappointing box-office turnover. The science fiction movie Dark Fate, regardless of its positive critical response, was a box office flop, and ended up costing Paramount and Skydance between 100 and 130 million dollars. To pitch the seventh film for the franchise after such a colossal loss seems unrealistic, but Hurd remains unphased.

“I wasn’t involved in the last one,” the producer explained. “To give you some perspective, I used to have a scuba diving practice in Micronesia, and we found that they even screened The Terminator, albeit a bootleg video version, on one of the most remote islands in the world. The awareness is already built in, and I do think it’s a perennial with the right story with the right cast and the right direction. I think there could still be a potential future there.”

Only time will tell if Hurd gets to produce a new entry to the beloved franchise. However, we can’t help but think maybe it’s time to pack it all in, and leave the deadly robots alone for now. For more futuristic action, read our list of the best sci-fi series of all time. 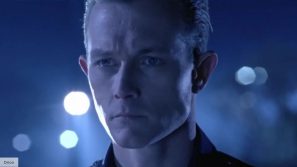