There is something intriguing about movies based on real life, and no one can deny the mass appeal of true crime stories. From TV series to Academy Award-winning movies, seeing something that is inspired by real people has been a way to grip the public’s attention for centuries, and continues to fascinate cinephiles today. But we seldom consider if what we are watching is exploitation, or how a fictionalised take on someone’s very real life will affect them going forward. Stillwater is the latest, ethically dubious Hollywood film that makes you ask yourself the question, when does ‘inspiration’ cross the line? And when do movies become harmful instead of ‘entertaining’?

A thriller movie starring Matt Damon, Stillwater follows a father travelling to France to help his daughter, who has been arrested for the murder of her girlfriend. Directed by Spotlight’s Tom McCarthy the film made its debut at Cannes last month, and has been met with generally positive reviews. However, the film came under fire for its tactless marketing strategies. While promoting Stillwater, McCarthy and producers continually referred to the case of Amanda Knox (acquitted in 2015), as their inspiration for the movie. In fact, Knox’s name has come up so frequently, that Vanity Fair even dubbed Stillwater as “directly inspired by” the “Amanda Knox Saga.”

Amanda Knox is a young American woman who was wrongly imprisoned for four years, and spent an additional eight years standing trial for the murder of a fellow exchange student Meredith Kercher in Italy. In 2015 she was acquitted by Italy’s Supreme Court of Cassation. However, her life was obviously irreversibly impacted, and she had to witness the media’s portrayal of her story for years. Knox has since devoted herself to activism for the wrongly accused, and has commented on the gendered nature of public shaming. She has also come out to accuse Stillwater for exploiting her story without her consent, and perpetuating a damaging image that calls into question her character.

In an essay response to the movie, titled Who Owns My Name, Knox writes, “In those four years of wrongful imprisonment and eight years of trial, I had near-zero agency. Everyone else in that ‘saga’ had more influence over the course of events than I did. The erroneous focus on me by the Italian authorities led to an erroneous focus on me by the press, which shaped how I was presented to the world. In prison, I had no control over my public image, no voice in my story.” 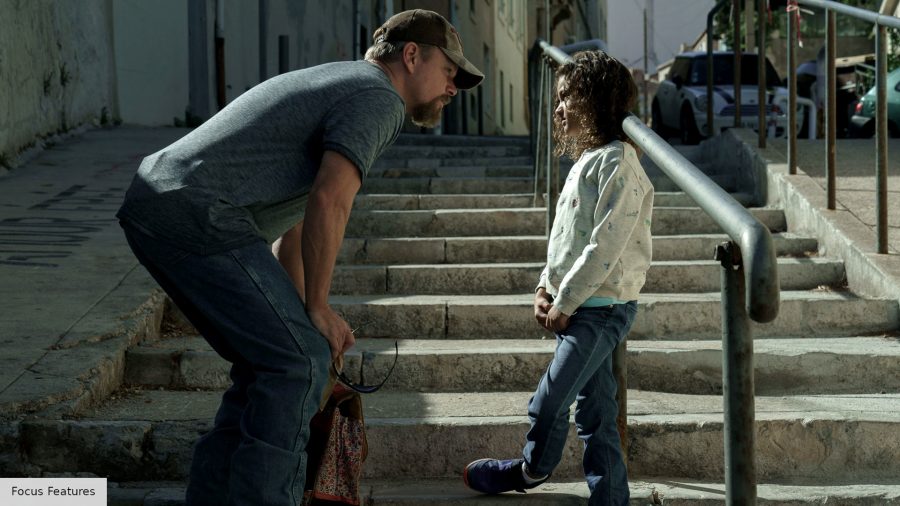 Her statement puts into perspective how her experiences have been morphed over the years, taken continuously without her consent. Stillwater is the latest movie to be guilty of contributing to this imbalanced power dynamic, stripping Knox of the ownership of her own story, slapping her name on something that doesn’t reflect the true reality of the case or her journey. No one in the film, crew, or cast reached out to Knox or her family at any point in the film’s development or production, despite their claim of being inspired by her story. Instead, McCarthy used the case as a jumping-off point to write a fictional script, and then decided to capitalise on ‘true crime fascination’ to generate buzz around the movie, by using Knox’s name.

Now, true crime stories, like I said before, have been around for ages, and not all of them open a can of worms that we have to deal with when it comes to ethics either. There is a stark difference between well researched scripts, those that are respectful to the survivors, and those that just use headlines to make a ‘hard hitting’ plot.

Films like Zodiac (2007), and Larry Clark’s Bully (2001) use non-fiction novels as source material for their scripts, having a direct and detailed perspective of the actual events, that they could constantly refer to. When They See Us, a TV series based on the 1989 Central Park Jogger case, was respectful to the victims throughout its plot, and helped offer insightful takes into the situation. In comparison, Stillwater took a headline and ran with an idea. Films that adapt articles or headlines directly sidestep the people that those articles are about, and have the potential to add to a harmful constructed image in the public eye. 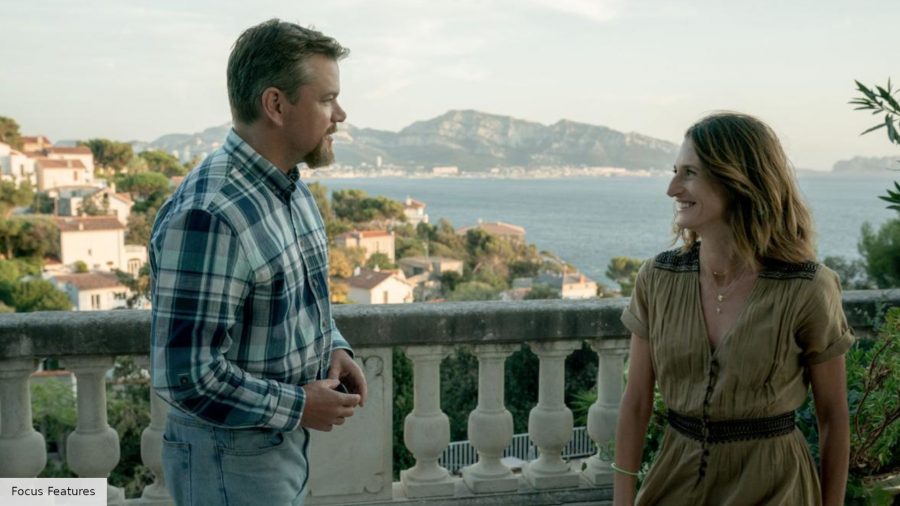 Normally you could argue that using real life as a jumping-off point is completely valid for a writer, and usually, you’d be right. Writers draw from a well of real-life inspiration, and once you start policing creative ideas, things can get dicey. You could argue that Knox isn’t a character in Stillwater, the story is set in France instead of Italy, and our main focus is on the father, Matt Damon, not the young girl in prison. “We decided, ‘Hey, let’s leave the Amanda Knox case behind,’” McCarthy told Vanity Fair. “But let me take this piece of the story — an American woman studying abroad involved in some kind of sensational crime and she ends up in jail — and fictionalise everything around it.” From this, you could say that Stillwater isn’t on the same level as Zodiac, or Bully because it is entirely fictional. But that is where you are wrong, my friend.

Stillwater is a true-crime drama because its marketing made it out to be one. By putting the Knox case into viewers’ minds (which was highly publicised and well known), you can’t help but compare the two stories. Just as Zodiac capitalised on the infamy of the real-life killer, just as When They See Us enticed us by unpacking the truth behind a high profile court case, Stillwater drew us in with the promise of a story based on actual events. McCarthy told us exactly where Stillwater’s script came from – undeniably putting Knox into the movie’s context, and blurring the lines between fiction and reality, despite his claims to Vanity Fair. That is where all the problems of representation start to arise.

The journey to the truth: Best adventure movies

By publicly bringing a real person into the conversation surrounding your movie, ethically, you should do your due diligence and consider how the audience will perceive them after your work hits the big screen, especially if said person isn’t a celebrity, and doesn’t have the necessary means to protect themselves going forward. By reminding us of a famous case that affected a woman and a family for years, surely you should recognise the real events, and struggles they went through. And surely you shouldn’t write an ending that can harm the victim, whose name you brought up to begin with, right?

OK, let’s get to the heavy hitter point. Warning spoiler alerts inbound. Stillwater’s ending shows Damon’s daughter is guilty of the crime, having played a part in her girlfriend’s murder, and getting away with it in the end. In her essay, Knox writes: “By fictionalising away my innocence, my total lack of involvement, by erasing the role of the authorities in my wrongful conviction, McCarthy reinforces an image of me as a guilty and untrustworthy person. And with Matt Damon’s star power, both are sure to profit handsomely off of this fictionalisation of ‘the Amanda Knox saga’ that is sure to leave plenty of viewers wondering, ‘Maybe the real-life Amanda was involved somehow’.” 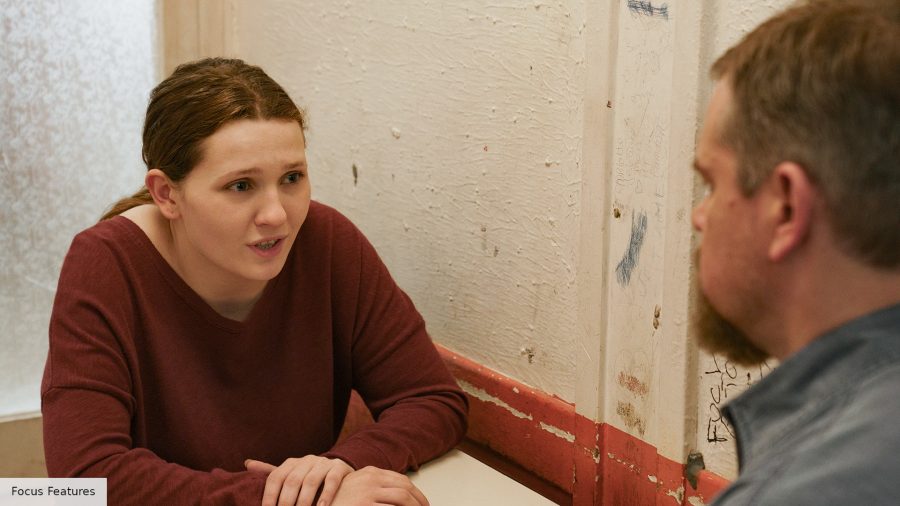 By bringing up Knox’s name for the film’s promotion, by using such an ending, you can’t deny that Stillwater leaves a bitter taste in your mouth, and morally feels uncomfy. Perpetually tying Knox to a crime brings up the same issues she faced with the press during her time in prison. Her voice, and platform in comparison to a huge movie with an A-list cast, throws her into an uneven power dynamic yet again, and again puts her in a position where she doesn’t have control of how she is presented to the world.

If McCarthy hadn’t shared his inspiration, there is a high probability that he would have been able to take the typical writer’s defence, but he didn’t – he put Knox in the film’s context with all his interviews. Stillwater opens up a very needed conversation surrounding consent and exploitation in Hollywood. Legally, McCarthy has every right to make the movie he did; he also had no obligation to reach out, or do research – but that doesn’t mean that he is blameless; it just points to a bigger problem in the industry.

Knox speaking out about this issue is important. Yes, we can’t protect our experiences, we can’t stop someone from embodying their ideas, but we should make them think twice before they publicly come out and tie a name to an altered account of a very real situation that changed someone’s life. Personally, when it comes to true crime movies, I feel that intent and research must be at the forefront of the conversation. Two factors that Stillwater seemingly glossed over for the sake of a dramatic script, despite marketing itself to pander to our fascination of seeing real life on the big screen. In terms of sensitivity, Stillwater shows how movies aren’t simply entertainment or blameless. They have the potential to harm – Knox’s feelings prove that fact enough. 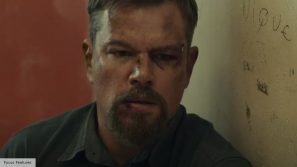