The legacy sequel is becoming the latest hot property in Hollywood. Top Gun: Maverick has crossed a billion dollars, 36 years after the original’s release. Ghostbusters: Afterlife invoked nostalgia 32 years after Ghostbusters II was released. And this year sees the release of Hocus Pocus 2, after a 29 year gap.

Henry Thomas is currently promoting his latest thriller movie Crawlspace and was inevitably asked if Spielberg was considering giving ET the same treatment. Summer 2022 is the 40th anniversary of what is widely considered one of the best summers of movies of all time – Blade Runner, The Thing, Grease 2, Poltergeist, Wrath of Khan, Tron, Fast Times at Ridgemont High, Cat People, Dead Men Don’t Wear Plaid, Mad Max 2, Rocky III, and Conan the Barbarian were all released in the summer of 1982 – alongside a little movie called ET.

“There had been ideas kicked around over the years. There were some serious talks early on because the studio was really pushing for it, to follow up the success of the 1982 season,” Thomas shared with ComicBook.com

“That’s why the commercial, I think Spielberg okayed the commercial because that’s as close to a sequel as he’s willing to go, as he’s willing to allow. The response for that Xfinity spot was so overwhelming and people thought it was a teaser for a sequel which created a huge, huge stir on the internet.” Thomas is referring to an advert which saw ET visit a now-grown Elliott.

Plans for a sequel have been leaked over the years. The follow-up, reportedly titled E.T. II: Nocturnal Fears, would have seen aliens from another planet visit Earth to kidnap Elliott and his friends, requiring E.T. to save the day. Apparently, the sequel would have leaned more into horror and been less child-friendly.

Spielberg is releasing a semi-autobiographical drama movie later this year called The Fabelmans, starring Michelle Williams as his ‘mother’ and Seth Rogen as his ‘uncle.’

While we wait for that, check out of list of the best family movies. 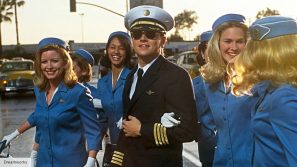