In Michael Sarnoski’s Pig, Nicolas Cage delivers a crushing monologue that serves as the thematic tentpole of the thriller movie. “Why do you care about these people? They don’t care about you, none of them,” Cage’s Robin Feld tells former colleague Derek (David Knell). “They don’t even know you because you haven’t shown them. Every day you wake up, and there’ll be less of you. You live your life for them, and they don’t even see you. You don’t even see yourself.”

Robin is referencing Derek’s swanky uptown restaurant, all clean and modernist, serving pretentious dishes off a menu based around “deconstructing” familiar food. When Derek worked for Robin, he talked about opening an English pub, but now he’s providing inane meals like the smoky truffles we see in the film.

Pig has been roundly compared to John Wick, and it’s in this scene, where Robin flays Derek, that he seems most like Keanu Reeves’ hired gun. Both men have a violence to them, and a profound loss at their core, and all of it comes from finding something that’s true and holding it close.

A former chef, this speech tells us everything we need to know about Robin’s skills. He’s methodical, concise, forthright, unambivalent, and doesn’t care to be showy or arrogant in his dissections. All good qualities when someone’s preparing your steak, less so when they see you as an enemy. Robin’s trying to find his pet pig, a prize-winning truffle seeker that was stolen when some masked men broke into his forest home.

Derek, and his chic establishment Eurydice, are a lead that pays off – after some convincing. Though Robin left the cooking life behind years ago, his name carries weight, enough to stop anyone in their tracks, especially unsuspecting ex-employees. His words aren’t the fancy gunplay of John Wick, but they’re every part as quick, gruelling, and captivating.

But like John, doing this doesn’t bring him joy. At least, not anymore. When John’s dog is killed at the start of John Wick, he’d retired from being a hitman to settle down. The murder of the one thing that mattered to him draws him right back into the centre of this life he’d worked so hard to remove himself from, and everyone who stands in his way feels a little bit of that frustration. Every punch, kick, and bullet bears an edge of annoyance. An old, old wound has been torn open, and everyone is feeling the scab being ripped off.

Perhaps the greatest killer to cross the foyer of the Continental, a hotel for organised crime that doubles as neutral ground, John clearly had a flair for this line of work. He’s tenacious, spry, resourceful, cunning, and, like Robin, not much for dramatics. There’s no room for hubris when it’s life or death.

But S-rank though he is, shooting people, squeezing the life from them, stabbing their critical faculties and watching the light disappear from their eyes was no match for falling in love. We don’t know which came first; John’s want to retire or him finding Helen, but it doesn’t matter, because she was his salvation. She presented an alternative, a way to claw back some of the humanity John had scattered to the wind through years of criminal servitude to the highest bidder.

All in the past: The best ghost movies

“He had a glimpse of the other side and he embraced it,” as Ian McShane’s Winston puts it in John Wick: Chapter 2. It’s similar to the change of heart experienced by Joaquin Phoenix’s Joe in Lynne Ramsay’s You Were Never Really Here. A former FBI agent who worked in sex trafficking, Joe now does the same work through illicit means, rescuing trafficked women for various political clientele. Deeply traumatised and broken, Joe almost kills himself before deciding against it because one victim, Nina, still needs his help. She’s his glimpse of the other side, and he wants to embrace it. 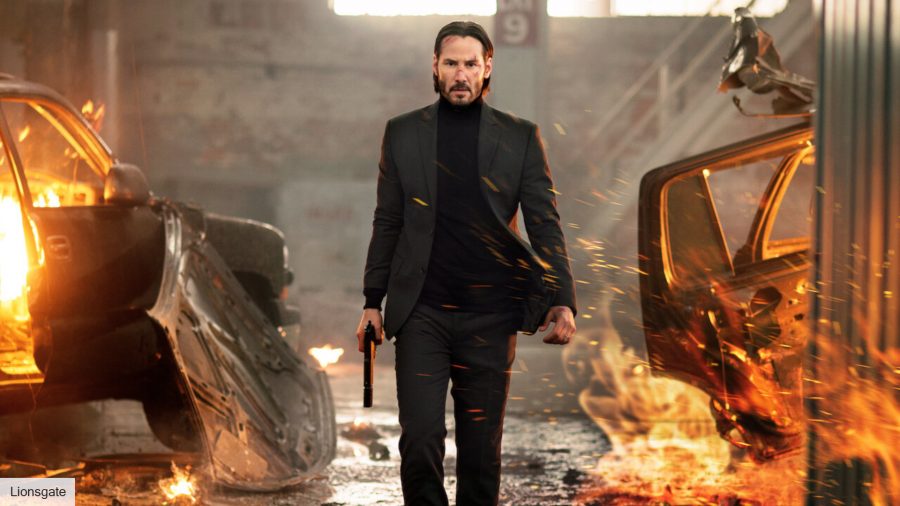 After John gets payback for his fallen pup, Santino D’Antonio (Riccardo Scamarcio) arrives, asking John to honour their blood pact. John declines, and Santino burns down his house, causing John to start dismantling the entire underworld they inhabit.

Robin doesn’t go that far, but his emotional arc is an inflection of John’s. He left the culinary industry after his wife passed, and wants to keep his time to a bare minimum. Now scruffy and overgrown, he’s barely recognisable, because the one person he cared to recognise him is gone. Amir (Alex Wolff) is the only person he keeps in active contact with. He only uses his name when necessary to surmount the nonsense his previous circles use to feel important, such as when he writes his name on the wall for a basement fight club.

Stuck keeping up appearances in an industry that doesn’t care for them, the hospitality staff beat the snot out of each other as a way of venting on the tripe that makes up whatever season’s menu. Robin takes a licking, because it’s easier than arguing, and there’s an honesty to the suffering here, in the grime and sweat, that’s completely lost up above. 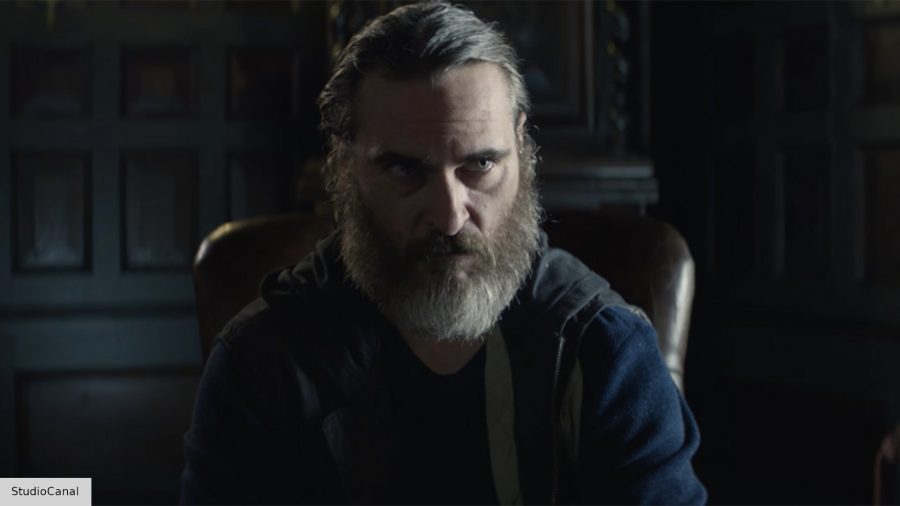 There’s no Continental, no safe haven for Robin to utilise. If he wants his pig back, he has to walk in the same spaces that remind him of everything he hated, why he endured it, and why he was driven away from it. You Were Never Really Here offers a good approximation of the exact moment when Robin or John decided to change their lives.

At the end of the film, Joe and Nina are sitting in a diner. Nina goes to the bathroom, and Joe has a suicidal vision. Nina comes back and tells him to wake up, because it’s a beautiful day. He agrees, looking exhausted, but resilient. He’d found something better to live for. Something that mattered.

To cap off his speech to Derek, Robin offers a platitude: “We don’t get a lot of things to really care about.” Whether it’s a pig, a puppy, or someone to protect, these movies each tell us to find what matters, and give in to it wholeheartedly, because that’s the only thing that’s real. 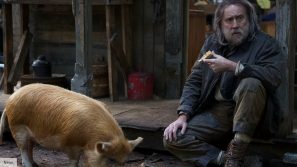