Rick Riordan’s beloved demigod novels are getting another adaptation, as the first writer’s room for Disney Plus’s Percy Jackson reboot officially began working on the series this Monday. That’s right, after the abandonment of the 20th Century Fox movie franchise back in 2013, the son of Poseidon is finally coming back, this time with his own series that follows the book’s original plotline, with Riordan there to oversee every aspect of the show.

The best selling books have gathered a massive following over the years, sparking imagination, and are practically dying to be turned into a hit young adult series. The story is full of Greek mythology existing in the modern world, and centres around a camp full of young adolescent demi-gods who encounter danger on the regular.

Rick Riordan announced back in January that his books will be adapted for TV, approved by Disney Plus for a new reboot. Since then, we’ve been patiently waiting for updates, until this week, when Becky Riordan, the author’s wife, provided some new information on Twitter.

Joe Tracz just emailed. Joe (who you all know from @LTMusical ) noted that as luck would have it we are starting the writers room for #PercyJackson Season 1 on Annabeth’s #birthday! What is even more lucky is having Joe in the writer’s room! More gossip at the end of the week! pic.twitter.com/0AJfV70MW7

Becky Riordan shared a snapshot of the software used for the writer’s room, hinting that development is well underway and the work on the series is in full swing. She also tagged Joe Tracz, letting followers know that they will be working with the Percy Jackson Musical team. For fans worried that the new series will follow its unsuccessful cinematic predecessors, Riordan has also assured that this time round, the plot will look towards the original Percy Jackson books.

“For the past decade, you’ve worked hard to champion a faithful on-screen adaptation of Percy Jackson’s world. Some of you have even suggested it would be a great series for Disney Plus. We couldn’t agree more!” Riordan said in a now-deleted tweet announcing the reboot, via ComicBook.com. “We can’t say much more at this stage but we are very excited about the idea of a live-action series of the highest quality, following the storyline of the original Percy Jackson five-book series, starting with The Lightning Thief in season one.

It is exciting to see if this reboot can live up to years worth of expectations. However, while we wait for more updates, why not look over the best TV series to pass the time. 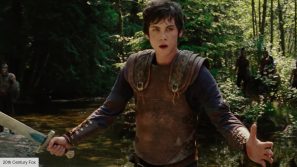