We don’t know when Orphan: First Kill is coming out, but we can tell you its rating. The horror movie prequel has been given an R-rating by the Motion Picture Association of America for “bloody violence”.

You can find the entry on Film Ratings, where it’s listed that First Orphan is R-rated because of “bloody violence, language and brief sexual content”. This is quite similar to the previous thriller movie, 2009’s The Orphan, which had an R for “disturbing violent content, some sexuality and language”. The post lists an alternative title for Orphan: First Kill as Esther, and says the film is expected this year.

That last part is almost certainly a placeholder, since we’re now in October 2021, without even a trailer for the flick. Set sometime before the original film, First Kill follows Leena Klammer’s escape from an asylum in Estonia. She adopts the identity of a rich American family’s lost daughter in order to protect herself, which causes some conflict. William Brent Bell is directing, from a script by David Coggeshall.

Isabelle Fuhrman is returning to play Leena, despite it being 12 years since she portrayed the character. Practical de-ageing effects are being used to transform her into her younger self, and co-star Julia Stiles has commented on how shocking the transformation was.

“I was floored. Because they didn’t use CGI,” Stiles told Collider. “The tricks that they did with the camera and different perspective tricks that they had, plus her costume and prosthetics and all that, she looks like a child. And her performance is stunning.”

We’ll let you know when you can see Orphan: First Kill. In the meantime, we’ve got the best ghost movies and best monster movies for more scares. 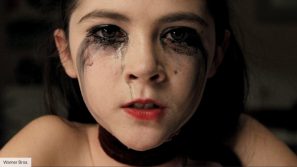 Orphan 2 uses no CGI, shocks actors with its de-ageing
Get involved Continue the conversation over on The Digital Fix Forum