Netflix has revealed the cast for its upcoming One Piece live-action TV series. Iñaki Godoy, Mackenyu, and Emily Rudd are leading the long in-development adaptation.

The actors were revealed in a short video captioned “Welcome to the Straw Hats”, with each of the major stars taking a second to say hi. In the new iteration of the anime series, Godoy is playing Monkey D Luffy, a young adventurer who ddreams of obtaining the eponymous One Piece treasure that will allow him to become the pirate king. Mackenyu is portraying skilled swordsman Zorro, Emily Rudd is portraying expert navigator Nami, Jacob Romero Gibson will be Usopp, a sharpshooting long range fighter, and Taz Skylar is Sanji, the chef that keeps all their stomachs full.

Their journey across the high seas forms the spine of the existing manga and anime, the latter of which is about to hit 1,000 episodes. Dubbed the ‘Straw Hat crew’, some of the greatest drama comes from these five getting split up only to reunite, so the group may very well not fully come together until the end of Netflix’s first season.

This adaptation was announced back in 2017, with the plan being to coincide with the property’s 20th anniversary. Creator Eiichiro Oda is an executive producer, and Marty Edelstein, who’s worked on Prison Break, Teen Wolf, Snowpiercer, and more, is also producing.

Steven Maeda is showrunner, having previously led Helix and Pan Am. Netflix has commission on ten-episode season thus far, and the scripts were finished as of May 2020, but casting was delayed significantly, presumably because of Covid-19 related delays.

We don’t know when we’ll get to see Netflix’s new One Piece in action, but we have the best animated series and the best anime movies for more great quests for you to admire. 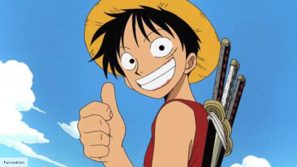