It looks like big cats are coming back to our screens. Netflix has shared the official trailer for Tiger King 2, the second season of their hit 2020 TV series.

Tiger King is a true-crime docuseries, which follows the life of convicted felon, country singer, and big cat keeper Joe Exotic. During the early months of the Covid-19 lockdowns, the show became a cultural phenomenon and shocked the platform with its monumental success. According to Nielsen ratings, the Netflix TV series was watched by a whopping 34.3 million people in the first ten days of its release. Needless to say, fans have been itching for news on the next chapter in the wild world of Joe Exotic ever since.

From the streamer’s teaser, it seems like the new season will be exploring the effect that the show’s success had on the people we met during season 1 – including a now incarcerated Joe Exotic, who was sentenced to 22 years behind bars in January 2020. In the clip, we hear his voice over the phone say, “Everybody from the zoo is out there making money, and I’m paying the price for every one of them people. If you give a damn, it’s time to speak up.”

You can watch the trailer for Tiger King 2 below:

Under the trailer, Netflix also gave fans an official synopsis for the series which reads: “With Joe Exotic behind bars and Carole Baskin closing in on ownership of his disreputable zoo, the Emmy-nominated saga continues its twisted course with Tiger King 2 as newfound revelations emerge on the motivations, backstories, and secrets of America’s most notorious big cat owners. Old enemies and frenemies, including Jeff Lowe, Tim Stark, Allen Glover, and James Garretson return for another season of murder, mayhem, and madness. Thought you knew the whole story? Just you wait.”

Tiger King 2 will be available to stream exclusively on Netflix on November 17. 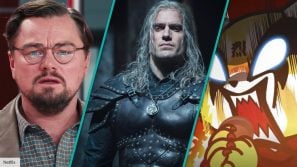