In the third distinct ending for the Evangelion anime series and anime movies, creator Hideaki Anno writes his own swansong for the franchise that shoulders the preceding two-and-a-half decades of storytelling and fanfare. Engrossing and unruly, Evangelion: 3.0 + 1.0 Thrice Upon A Time is about choosing hope over despair, favouring catharsis in a way NERV’s battle against the Angels has previously avoided.

The fourth part of Anno’s Rebuild of Evangelion, a filmic do-over of the ’90s sci-fi series, Thrice Upon A Time loosely ties the disparate mainline incarnations together. Despite the sheer narrative weight of being a remake of a remake, it manages to be endearing and heartfelt, while cutting through the typically over-wrought concepts.

Continuing from Evangelion: 3.0 You Can (Not) Redo, Eva pilots Asuka Langely Shinikami, Rei Ayanami, and series protagonist Shinji Ikari are wandering the wastelands of post-cataclysm Tokyo-3. They’re picked up by some old friends, who take them to a local refuge. Meanwhile, paramilitary organisation Wille manages to decontaminate part of Paris, gaining access to vital technology and equipment.

By design, Thrice Upon A Time is an easier watch than You Can (Not) Redo. There’s no significant timejump or antagonism from recognisable characters. Instead, Toji Suzuhara and Kensuke Aida, old school friends of Shinji’s, take everyone into their quiet village on the outskirts of Tokyo-3. After the almost-Third Impact in Evangelion: 2.0 You Can (Not) Advance, people survived however and wherever they could, creating small, nested communities where life went on.

Toji became the town doctor out of necessity, and settled down with Kensuka to raise a family. Warm and welcoming, these people have moved on from thinking about possible impacts or whatever NERV’s up to. Everyone farms together and trades resources, working to keep themselves and everyone else free of harm.

Wide establishing shots have the settlement bustling with life, inhabitants moving around the greenery, and makeshift homes. A significant portion is dedicated to Rei assisting in crop duties, gradually learning to be her own person through gentle encouragement from those around her. Shinji, still catatonic from anxiety, is given food and space to work himself out, though Asuka eventually force-feeds him so he doesn’t starve. 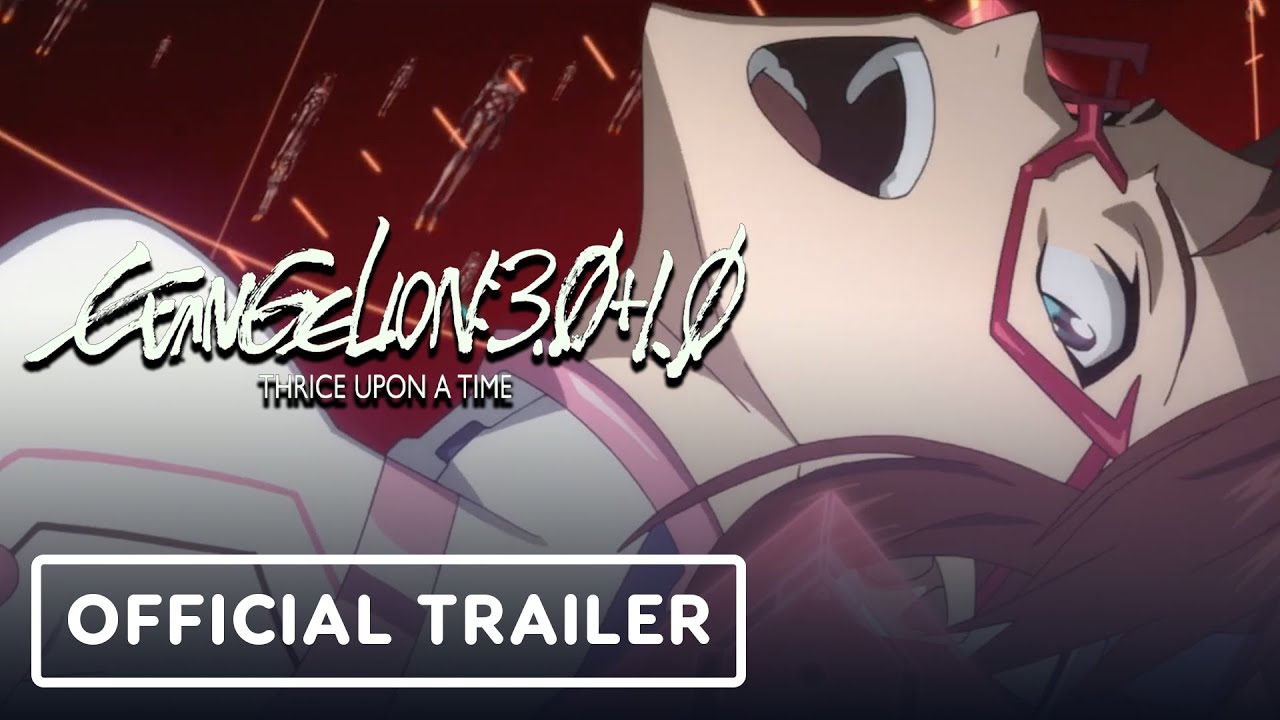 It’s all very tranquil, closer to Isao Takahata’s Only Yesterday and Makoto Shinkai’s The Garden of Words than metaphysical body horror. There’s a preoccupation with the humanity within Evangelion, who these characters are, what they’ve become in a world where hope seems in short supply. Toji, Kensuka, Hikari Horaki, they’re very aware of how close to imminent death they are, showing Shinji the force fields that allow their patch to exist. But, as Kensuka points out, they want to live every day to its last, because that’s all they have.

There’s a couple of nods to just how tangled the Evangelion story has gotten. “I kinda heard what happened to you,” Toji tells an awakening Shinji, “but it was too confusing for me.” Post-You Can (Not) Advance, zombified EVAs wander the Earth that’s now covered in a red glow. Not much explanation is given, but what’s to be said? NERV’s tech is running rampant, and cities are uninhabitable.

For regular people, that’s all that needs to matter. By reverting to the base elements of nice people who’re just trying to stay alive in a world that’s falling apart, Anno emotionally grounds Thrice Upon A Time in a way that serves Shinji and the overall structure. 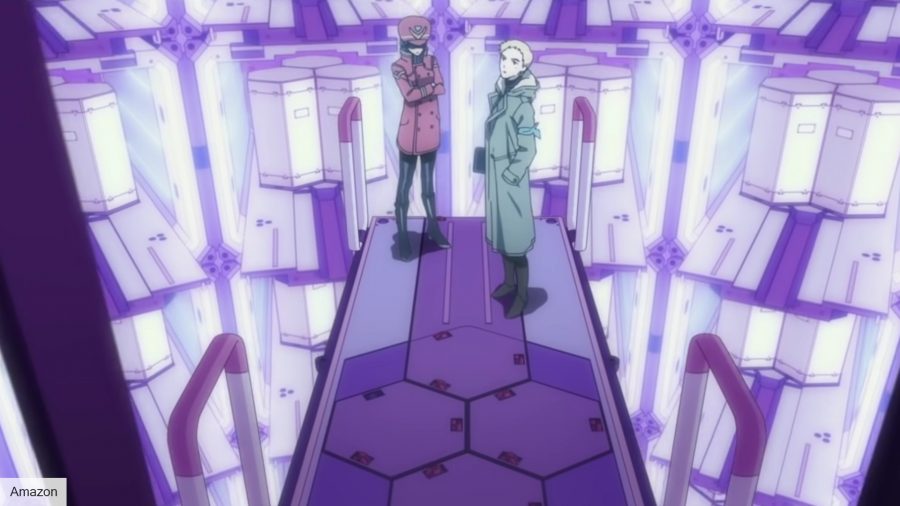 It’s a soft reset, a gentle shift away from all the nonsense about Angels and the Human Instrumentality Project, to solid footing on simpler ideas that are just as emotionally gratifying. The world is worth saving because there are good people who deserve better. And when Shinji decides to go face his father Gendo, who’s sacrificed every sliver of his humanity possible in his mission, it’s driven by that purpose. Good people deserve better.

Misato Katsuragi, who’s been with Shinji since the start, and Ritsuko Akagi, and all their Wille cohorts who’ve been staring down NERV for over a decade. Despite all the pain, and difficult odds, they’ve held the last line of defence. They deserve better. And Asuka, Mari, Rei, and Kaworu Nagisa, all pilots besides Shinji – they deserve better. As does Shinji himself.

When Thrice Upon A Time descends into its chaotic final act, that emotional anchor brings clarity. Anno and his co-directors Katsuichi Nakayama, Mahiro Maeda, and Kazuya Tsurumaki deliver plenty of spectacle in various biomechanical creations tearing each other apart. Guitar solos glide through Shiro Sagisu’s compositions as Mari handles swarms of new fangled robots from NERV’s arsenal without a sweat. 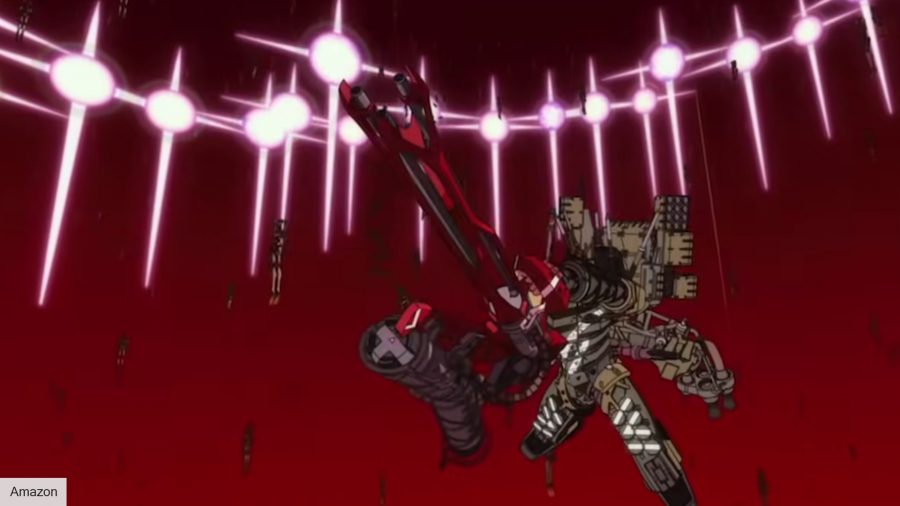 Evangelion has always taken its own lore painfully seriously, and the infamous Architect speech from The Matrix Revolutions springs to mind during parts of Thrice Upon A Time’s protracted face-off. None of the curious eyesores quite reach End of Evangelion’s extremes, and the straight-faced exposition may put off some longtime fans who’re hoping for another surrealist magnum opus.

But Anno doesn’t seem concerned with doing that again, because we’ve already been through that. Shinji’s already been through that. This is closure, and as much as we’d all love more Evangelion, it’s remarkable that Anno’s gotten to end the story his way on his terms. In the time between You Can (Not) Redo and now, he directed blockbuster monster movie Shin Godzilla, and he has Shin Kamen Rider on the way.

Fly me to the moon: The best alien movies

For almost 30 years, Anno has shared Evangelion with us. And the one thing that was going through my mind watching Thrice Upon A Time is just how comfortable a conclusion it is. For good or ill, change happens regardless. Anno was able to decide the fate of Evangelion, and there’s nothing better those good people deserve.

Evangelion: 3.0 + 1.0 Thrice Upon A Time will be available on Amazon Prime from August 13. 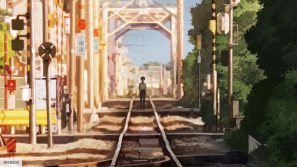 Evangelion: 3.0+1.0 Thrice Upon A Time ending explained – how does Rebuild of Evangelion end?
Get involved Continue the conversation over on The Digital Fix Forum

Hideaki Anno concludes the anime franchise with a well-orchestrated, straight-forward send off