Tom Cruise has taken his cinematic stunt work for the upcoming spy movie Mission: Impossible 7 to the English public – literally. According to The Sun, Cruise parachuted near some unaware hikers this weekend while filming a scene for the newest instalment for the action-packed series. The scene in question was an airborne stunt that saw the star jumping out of a helicopter while filming in the UK’s Lake District.

Andras Katica and Tutyi were enjoying a quiet hike until the two overheard a chopper overhead. The friends then witnessed a Hollywood spectacle in the English countryside as they saw a group of men and Cruise jump out of a helicopter before parachuting down towards them. Cruise ended up taking a few pics with the surprised hikers before getting back to his stunt work, doing a few more parachute jumps for Christopher McQuarrie’s upcoming flick.

“I certainly wasn’t expecting to bump into Tom Cruise during my hike. When I realised who it was, I was obviously totally flabbergasted,” Katrica said. “But he was really friendly and offered to have his picture taken. He looked like he was having a great time but was also clearly involved in some serious work for the filming. By the time he parachuted away, there was a little crowd gathered, but Tom didn’t show any sign of nerves. He obviously loves the thrill of being involved in his own stunts.”

Cruise is renowned for doing his own stunt work, especially the death-defying ones we see him undertake as IMF Agent Ethan Hunt in the Mission: Impossible series. In fact, according to Matt Damon, Cruise insists on doing all the dangerous action scenes personally and isn’t afraid to replace anyone who stands in his way. In Mission: Impossible – Rogue Nation, we saw Cruise hang off a plane, and in Mission: Impossible – Ghost Protocol, we saw him climb the 2,716.5 feet tall Burj Khalifa.

Although a parachute jump seems tame compared to his past work, Mission: Impossible 7 is said to have the “biggest stunt in film history”. During Paramount’s presentation at CinemaCon this year, a stunt involving a dirt bike flying off a cliff with Cruise free falling before pulling a parachute was shown to attending fans. Needless to say, the new flick doesn’t seem to be lacking on the adrenaline front.

Mission: Impossible 7 and 8 were originally meant to release in 2021 and 2022, respectively. However, due to several production shutdowns and delays courtesy of Covid-19, both films have pushed back their scheduling. Currently, the action movies will release on September 30, 2022, and July 7, 2023. Stay tuned for updates. 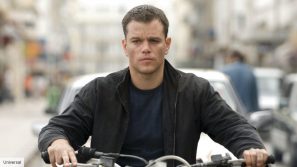