The Marvel Cinematic Universe explores the impossible in its wonderfully weird new anthology series What If…? It’s basically the Twilight Zone with superheroes and exists as a fun way to explore the fallout of Loki cocking up multiversal cosmic balance when he failed to stop Sylvie from killing Kang.

Aptly, the first episode takes us back to the beginning of the MCU (chronologically at least) and the birth of the Star-Spangled Man, or in this case, the Star-Spangled Woman. Yes, in the first episode of What If…? we see what would have happened if Peggy Carter (Hayley Atwell) had been the one who got the super-soldier serum instead of Steve Rogers.

The best thing What If…? has going for it is its brilliant concept. The anthology format allows it to explore almost any story imaginable, and I love the decision to start with a Captain America variant. The story of Captain America is foundational to the MCU, so starting this series with similar intent is just a wonderfully confident move that I couldn’t help but admire.

I’ve always felt Hayley Atwell got a relatively bum deal in the MCU. Sure she had her own TV show, but its botched marketing and release meant it never got a fair shot at greatness, especially for one of the first TV shows set in the MCU boasting a lot of The First Avenger’s original cast. It’s great then to see her version of Captain Carter get a chance to shine (and it’s even better to what she’ll return each season). She’s different from Steve in that she’s more direct.

This leads to her stopping Hydra a lot earlier than Rogers did and forces the Red Skull to take extreme actions he didn’t in the movie. I’m glad that they’re really exploring the differences between the two Captains, as it would have been easy to essentially retell the story of the First Avenger with what was basically a reskinned Captain America. They don’t do that, though; instead, they go weird with it, and it’s delightful. It reminded me of playing with action figures as a kid where the only limits on what I could do were my imagination. 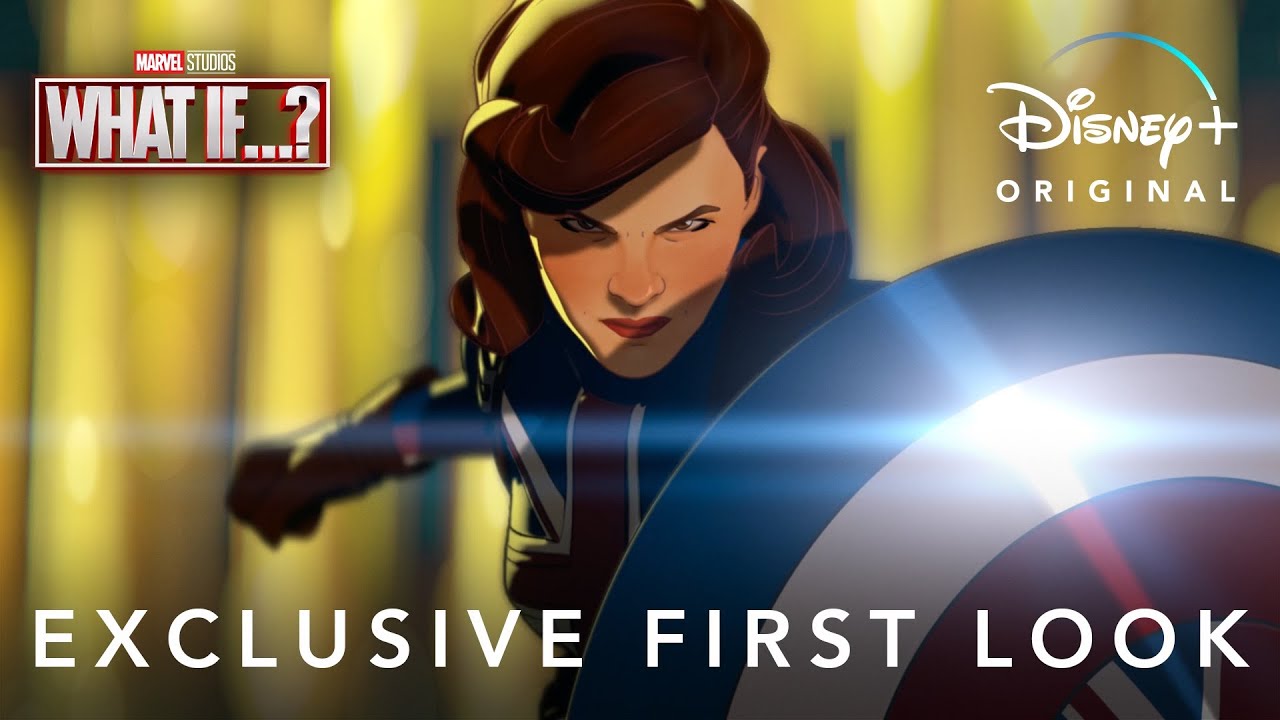 It would be remiss not to mention The Watcher, the biggest new character introduced in the series. Actor Jeffrey Wright does a fantastic job voicing the ephemeral otherworldly observer and gives a role, which could have been forgettable in lesser hands, some real gravitas. He’s basically the show’s answer to Rod Sterling, and it’s funny how much structure he gives the outlandishness of the sci-fi series. Plus, it’s fun to try and spot him watching at various points in the show.

What If…? also has some pretty impressive pacing. They manage to cram the whole of the first Captain America movie into thirty minutes, hitting most of the major beats along the way. It may be that my Marvel-addled brain just fills in the blank, but I think it’s impressive what head writer A.C. Bradley and her team achieved with such a short run time. 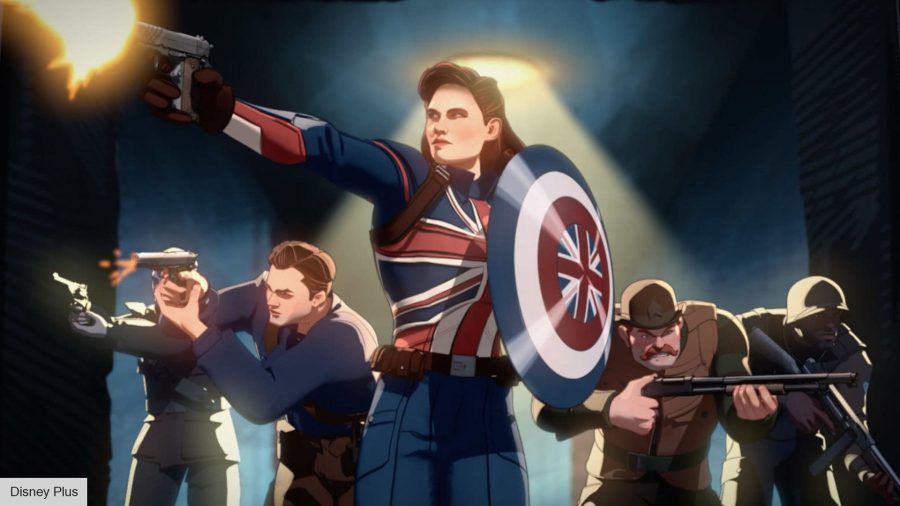 All that said, the style of animation takes a bit of getting used to. It can be a bit stiff, especially in dialogue scenes, but it grows on you. The rigidness is evocative of the cartoon’s sequential comic book origins, and the relative fluidity of the action scenes suggest to us that the stiffness is a choice, not an exercise in cost-cutting, all though that may be a cheeky bonus.

Unfortunately, while it gets easy to overlook What If’s animation as a stylistic choice, it’s less easy to convince yourself that the stilted dialogue is anything but a gross overestimation of the MCU cast’s talents as voice actors. Now that’s not to denigrate anyone’s live-action MCU performance. 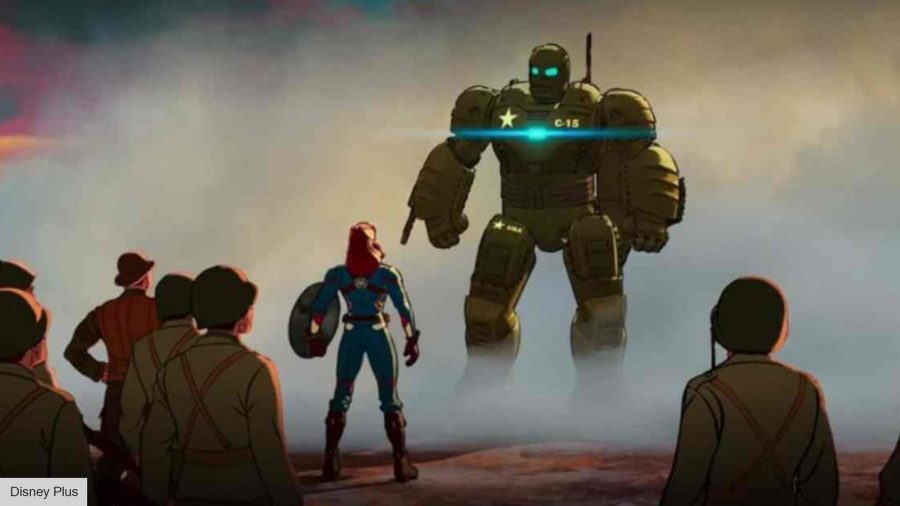 Everyone in those movies is highly talented and does a good job making the fantastical feel real. Unfortunately, being a good TV and film actor doesn’t necessarily translate to being a good voice actor. It’s a different set of skills entirely, and not everyone Marvel has recruited nails their performance.

Ultimately though, the voice acting isn’t What If’s the biggest problem. The issue is that by the divergent nature of the series, these stories are inconsequential to the events of the MCU. As a result, the series feels inessential in a way some of the less well-received MCU projects have, like the recent Black Widow, whose 2016 setting made it feel years too late in 2021. I hope I’m proven wrong because I think there’s an awful lot to like in What If…? but I struggle to see how Marvel will convince more casual fans of the necessity to watch a series that seems like it’ll have relatively little bearing on Phase 4 moving forward.

What If…? episode 1 review

A strange little series with a lot of promise What If...? has the potential to be one of Marvel's most interesting shows. Unfortunately it's slightly let down by dodgy voice acting and a sense that its unessential.

3
If You Give a Mouse a Cookie Series: 9 Book Set