It’s time to give those jockstraps a stretch and bust out the baby oil, because Magic Mike is getting one last dance. Channing Tatum and Steven Soderbergh are reuniting for a third instalment in the drama movie series, which will be going to streaming service HBO Max. And the title? Magic Mike’s Last Dance. Give us a moment while we wipe away a manly tear.

In case you need reminding, the Magic Mike phenomenon began in 2012, with a film about male strippers that had an indie aesthetic. The first one starred Matthew McConaughey and Alex Pettyfer, alongside Tatum as the titular Magic Mike. The 2015 sequel – Magic Mike XXL – was directed by Gregory Jacobs (although many people suspect that Soderbergh had a heavy hand in it). The crew, including Joe Manganiello and Matt Bomer, returned alongside some new faces including Jada Pinkett-Smith, Donald Glover and Elizabeth Banks.

The live shows have even inspired the upcoming HBO Max reality competition series Finding Magic Mike, premiering in December 2021. The series follows ten men who have “lost their magic” as they learn to perform dance routines, with one winner being awarded a cash prize and a chance to perform on the Magic Mike Live stage in Las Vegas.

“There are no words for how excited I am to blow the doors off of the world of Magic Mike with Steven, Greg, Reid, and the amazing people at HBO Max. The stripperverse will never be the same,” said Tatum.

“As soon as I saw what Channing, Reid, and the Magic Mike choreographic team did with the live show, I said we have to make another movie. Mike Lane’s dream of connecting people through dance must be realized,” Soderbergh added.

Tatum will next be appearing in a film he has co-directed with Magic Mike writer Reid Carolin, simply called Dog. 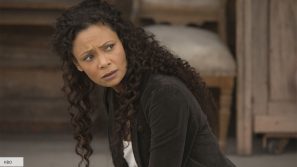 {"schema":{"page":{"content":{"headline":"Magic Mike 3 coming to HBO Max with Channing Tatum and Steven Soderbergh","type":"news","category":"magic-mike"},"user":{"loginstatus":false},"game":{"publisher":"","genre":"Comedy","title":"Magic Mike","genres":["Comedy","Drama","HBO Max"]}}}}
We sometimes include relevant affiliate links in articles from which we earn a small commission. For more information, click here.
Trending in Movies