Kristen Stewart wants to go to Flavortown for her wedding. The Spencer star recently announced her engagement to partner Dylan Meyer, and their special day might be overseen by the one and only Guy Fieri.

After Stewart announced her plans for marriage, word got around that she’d like Fieri, who has the power to officiate weddings, to stand over her special day. Aside from being a beloved personality due to his TV series on the Food Network, Fieri has officiated many same-sex marriages before, including 101 in one day, as a tribute to his late sister. During her recent appearance on Today, Stewart received a message from Fieri, who said he’d love to preside over their wedding.

“Hey Kristen, Guy Fieri here, and I heard through the Flavortown grapevine that you are looking for a sweet spikey-haired officiant for your wedding,” Fieri says, before exclaiming that he’s “All in.” Stewart, elated by this news, immediately starts asking the hosts if they can hook this up. They can’t, but we’re sure Fieri and Stewart can work it out.

You can watch the full segment below. The hosts say they feel like matchmakers, and you know what? Flavortown, and the world, owes them a debt.

TFW the mayor of Flavortown offers to officiate your wedding 🔥 @GuyFieri pic.twitter.com/vjfa2tCHOr

Stewart is currently doing press for her new drama movie Spencer, about the life of Princess Diana. Our Emma-Jane Betts reviewed it, saying that the audience will “find themselves taken aback by Larrain’s vision and Kristen Stewart’s powerful performance.”

Spencer is in theatres now. We have the best movies based on a true story for more historical happenings. 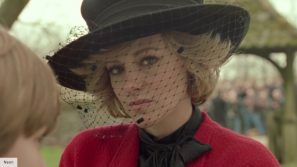