Writer and director Rian Johnson recently took to social media to share the big news that Knives Out 2 has wrapped filming. Although plot details and a release date for the upcoming thriller movie are still being kept under wraps, with confirmation that the highly anticipated sequel is now moving into post-production, it looks like fans can expect updates soon.

Johnson posted the news on his Twitter page, using the announcement also to praise Leos Carax’s movie, Annette, which premiered as the opening flick at the Cannes Film Festival this year. His original post reads: “We just wrapped production on the next Benoit Blanc mystery, and also I finally watched Annette, and holy shit, it’s amazing. Sending so much love and gratitude to our INCREDIBLE crew and cast and Leos Carax!”

While we partly agree with Johnson’s take on Annette, which you can read about in our review for the musical movie, the main takeaway from the filmmaker’s exciting Tweet is that we’ll get to see Daniel Craig solve a fresh mystery soon.

Following detective Benoit Blanc (Craig) as he pieces together the truth behind a baffling murder case, Knives Out earned critical acclaim upon its release in 2019 and was nominated for Best Original Screenplay at the 92nd Academy Awards. It was also a commercial success, grossing an impressive $311 million at the worldwide box office. Knives Out got such a strong reception, Netflix paid Johnson a cool $450 million for exclusive rights to two direct sequels.

We just wrapped production on the next Benoit Blanc mystery and also I finally watched Annette and holy shit it’s amazing. Sending so much love and gratitude to our INCREDIBLE crew and cast and Leos Carax!

Knives Out 2, which Johnson wrote and directed, will see Blanc solving a new case in Greece. Joining Craig in the upcoming action movies’ star-studded cast includes Dave Bautista, Kathryn Hahn, Edward Norton, Janelle Monáe, Leslie Odom Jr., and Kate Hudson. The film will release through the streaming service Netflix, and Johnson has already finished writing Knives Out 3, showing that the upcoming sequel is just the beginning of Blanc’s detective adventures.

Considering the film is now in post-production, we should learn about a release date for the flick in a few months. In the meantime, you can enjoy some streaming gold with our list of the best TV series on Netflix. 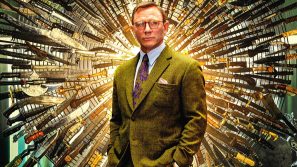