The third Fantastic Beasts movie has been officially titled The Secrets of Dumbledore. The Harry Potter movie spin-off also now has a magical release date, April 15, which is Easter next year. At the time of writing little is known about the plot of the next instalment in Newt Scamander’s (Eddie Redmayne) story, but judging by that title it sounds like the fantasy movie will be delving into the life of the mysterious Hogwarts headmaster Dumbledore (Jude Law).

It’s been reported that the movie will be set several years after the events of Fantastic Beasts: The Crimes of Grindelwald, and will be set in both Rio de Janeiro, Brazil, and Berlin, Germany in the lead up to the Wizarding World’s involvement in World War II.

David Yates is set to return as the director on the eleventh film in the Harry Potter universe. He’ll be using a screenplay written by J. K. Rowling and Steve Kloves. In front of the camera, Redmayne and Law are expected to return as Newt and Dumbledore respectively, and they’ll be joined by Katherine Waterston, Dan Fogler, Alison Sudol, as well as Ezra Miller.

One person who won’t be returning for The Secrets of Dumbledore is Johnny Depp, who previously played Grindelwald. Depp himself announced on Instagram that Warner Bros asked him to “resign” from playing Grindelwald in the third Fantastic Beasts film and that he had respected their request. Depp will be replaced in the role of Grindelwald by his friend Mads Mikkelsen. 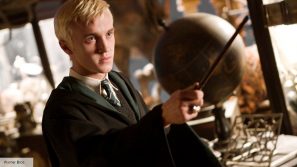