You can get an early look at the sandworms of science fiction movie Dune, if you happen to be near an IMAX screen. A short preview is being shown at select theatres across the US, and one in the UK.

According to a post on the action movie‘s Twitter account, audiences can expect to hear some new music, never-before-seen footage, and a freshly cut trailer. Screenings are July 21 and 22, and they’re completely free, but you can’t prebook, you have to just try your luck on the day. A number of US cities, including some of the obvious locations like New York, Austin, and Las Vegas, are available, and for non-US residents, we get Leicester Square in London, and that’s it. Hm.

Directed by Denis Villeneuve, Dune is a blockbuster adaptation of the novel of the same name by Frank Herbert. It follows an in inter-planetary dispute over drug mines on the far off planet Arrakis. The Atreides family and their people, led by duke Leto Atreides (Oscar Isaac), own and run the mines, but another family, the Harkonnens, led by baron Vladimir Harkonnen (Stellan Skarsgård), want the supply all for themselves. Did we mention the sandworms?

An earlier trailer gave us a look at Arrakis, and the sandworms, and a sense of the overall scale here. Dune is a sweeping story, that involves a great deal of lore, and its plot stretches for several books. Villeneuve’s picture is the first of a planned two-part adaptation, though that second part likely depends on the success of this one.

Dune is due to open theatrically on October 22. Here’s the best fantasy movies to keep you enthralled. 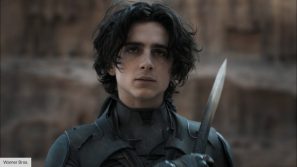 Dune 2 release date – when is the sci-fi movie sequel out?
Get involved Continue the conversation over on The Digital Fix Forum