Neill Blomkamp is working away on District 10, and he says the science fiction movie is going for a similar vibe to its predecessor. Which is to say, it’s going to be a smaller production, just how he likes it.

“I think the approach of the first film is correct, it’s just really a question of the script,” Blomkamp tells The Hollywood Reporter. “If there’s slightly more stuff happening in the script, then you need slightly more money. But I think it would still be as stripped-down and bare bones as we could make it. That becomes more nimble and more creative, and personally, I like that.”

Such an approach certainly benefitted District 9. The alien movie creatively used found-footage elements for its grimy look at extra-terrestrials being kept in segregated areas on Earth by humans. It kept the budget low, heightened the themes by looking and sounding like documentary and news coverage, and set the film apart from its peers. Blomkamp says he feels more comfortable “with ideas that are not based on large IP”, but understands why studios are relying on them in theatres.

“As everything shifts towards at-home streaming with fewer and fewer theatrical releases, I think that the theatrical releases that happen are probably going to be more event-driven, giant spectacles to get people to go to theaters,” he explains. “So I think it actually is economically justifiable to go really big on the stuff that people are going to watch in movie theaters, as a reason to differentiate it from what you’re getting at home. So, yes, it could be more efficient, but I also understand why it’s happening, economically.”

Blomkamp has also said that District 9’s sequel is drawing from American history. Anything more specific than that remains to be seen. The director is currently promoting Demonic, a horror movie that melds possession with virtual reality.

Demonic comes out August 27. Here’s the best horror movies on Netflix to get scared right this very second. 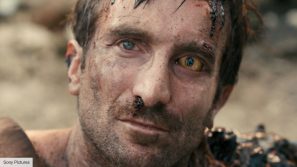 District 9 sequel will “take cues from a topic in American history”, says Neill Blomkamp
Get involved Continue the conversation over on The Digital Fix Forum