In recent weeks, Warner Bros has merged with Discovery, and the combined business model has led to some pretty big changes, including the decision to release all DCEU movies theatrically first from now on. The move comes after the immense box-office success of the superhero detective movie The Batman earlier in 2022.

The upcoming slate of DCEU movies included a few projects that were initially going to drop straight to the streaming service HBO Max, but the reshuffle means all the upcoming movies from the comic book world of DC will be available on a big, beautiful cinema screen first. This does mean however, that the planned Wonder Twins movie has been shelved.

According to The Hollywood Reporter, the decision has been made based on the success of The Batman in the first quarter of 2022. The latest Batman movie has now grossed over $768 million worldwide, and has signalled a significant swell of interest in seeing these kind of big-budget action movies on the silver screen, and the new CEO David Zaslav has made it his mission to capitalise on this.

According to insiders at Warner Bros Discovery, the goal now is to make movies with a theatrical-first goal, and projects are now being considered more carefully when it comes to their budget and the return of investment.

The Wonder Twins movie was reportedly looking at a budget of $75 million, which, for a movie that was going straight to a streaming service, just didn’t represent the kind of release strategy that would make sense in the current market.

“A lot of things that were developed are going to go away,” claimed one insider. Apparently Zaslav wants the budget for HBO Max projects to be no more than $35 million.

It remains to be seen what this will mean for other slated projects that were HBO Max exclusives, like Batgirl, though we would assume that movie will now get a bump up to the big screen. 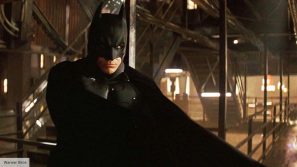