The X-Men Animated Series is being revived for Disney Plus. Ever since the show went off the air in 1997, there have been rumours and whispers that the popular TV series would get picked up again. It’s easy to understand why, for a long time X-Men, and Batman, set the gold standard by which all other comic book cartoons were judged now though it’s official with Disney bringing us X-Men ’97.

The Wrap reported earlier this week that Disney was rumoured to be developing a revival that was already in production for the streaming service. They report that the series will pick up where the original series left off with the leader of the X-Men, Professor Xavier going off-world after being gravely injured in an attack by the mutant hating Henry Peter Gyrich.

X-Men: Animated Series writers Eric and Julia Lewald are both returning as consultants for the series, as is director Larry Houston. They’ll be joined by a number of the original cast of voice actors, including  Cal Dodd, Lenore Zann, George Buza, Adrian Hough, and many more.

The Hollywood Reporter had previously claimed that Houston had approached Disney about reviving the series in 2019. 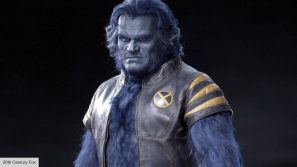