Euphoria star Hunter Schafer is the latest cast addition to the Hunger Games prequel Ballad of the Songbirds and Snakes. The fantasy movie will focus on an 18-year-old Coriolanus Snow (who will be played by Tom Blyth) and District 12 tribute Lucy Gray Baird (to be played by rising star Rachel Zegler). Schafer will play Snow’s cousin Tigris – she is his confidante and advisor.

The synopsis of the upcoming movie is as follows [via Deadline]; “The 18-year-old Coriolanus Snow is the last hope for his fading lineage, a once-proud family that has fallen from grace in a post-war Capitol. With the 10th annual Hunger Games fast approaching, the young Snow is alarmed when he is assigned to mentor Lucy Gray Baird (Zegler), the girl tribute from impoverished District 12.”

“But, after Lucy Gray commands all of Panem’s attention by defiantly singing during the reaping ceremony, Snow thinks he might be able to turn the odds in their favor. Uniting their instincts for showmanship and newfound political savvy, Snow and Lucy’s race against time to survive will ultimately reveal who is a songbird, and who is a snake.”

Hunter Schafer is best known for her role as Rue’s (Zendaya) on-off girlfriend Jules in HBO’s Euphoria. She is currently filming Tilman Singer’s Cuckoo, alongside Sofia Boutella, Gemma Chan, and John Malkovich. The Hunger Games was a hugely successful film franchise which began in 2012 and ended in 2015. All of the four films made over $650 million each, with the highest-grossing making $865 million.

Unfortunately, The Hunger Games’ dystopia has only got more relevant with each year that has passed since the movie franchise ended. It depicts a polarized world in which the rich inhabitants of the Capitol watch poor young people compete to the death in an annual competition, for sporting entertainment.

While we wait for more news on the Ballard of Songbirds and Snakes, check out our guide to the best science-fiction movies. 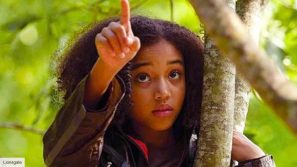