In 2019, the names and rumours surrounding the conclusion of the prequel trilogy – The Rise of Skywalker – were rife. One of those names was Doctor Who himself – Matt Smith. But when fans went to see the finished film – Smith was nowhere to be seen. The full extent of his role has never really been known, but he has now opened up to Josh Horowitz of the Happy Sad Confused podcast with a few clues as to the nature of his scrapped character.

Smith said that; “it was a pretty groovy thing. It was a really groovy part and concept. It was a big thing, it was a big story detail. Like, a transformative Star Wars story detail, but it never quite got over the line.” He continued; “It was a big…shift in the history of the franchise.”

It sounds as if it was not a case of a different actor being chosen for the role, but rather the character being scrapped entirely; “We were close to me being in it, but then it just never quite happened. I think the thing they were thinking of me for, eventually the part became obsolete and they didn’t need it and so I never got to be in Star Wars. There we are.”

It is easy to theorise about who the character may have been – a descendant of Palpatine being the chief theory. The eventual controversial reveal about Rey (Daisy Ridley) and her heritage is what may have caused Smith’s character to be jettisoned.

You can see part of the conversation in Josh Horowitz’s tweet here;

Remember those reports that Matt Smith was going to be in THE RISE OF SKYWALKER? He told me his role was a big deal, representing “a big shift in the history of the [STAR WARS] franchise.”

WHO WAS HE GOING TO PLAY?!

Despite Smith having multiple meetings with LucasFilm, he never got as far as trying on a cool costume or filming any scenes – which must have been disappointing. But he hasn’t ruled out a return to a galaxy far, far away “Maybe I can come back, you never know.” 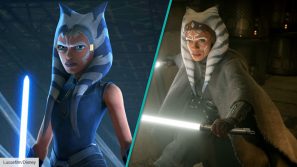