The production team behind the Alec Baldwin movie Rust have made the decision to wrap shooting until the investigation into the death of cinematographer Halyna Hutchins is complete. Hutchins was killed when Alec Baldwin fired a prop gun, and investigations into the incident are ongoing.

According to Deadline, the news that the film was wrapping was announced in a letter to the cast and crew. It had previously been reported that the production had stopped for “an undetermined period of time” while the studio conducted their own internal investigation of the fatal incident.

“Our hearts are with all of you as we all go through this tragic time and mourn the loss of our colleague and dear friend, Halyna Hutchins,” The letter reads. “We are family, and we must stand beside each other as families do in difficult times. We remain in close touch with Halyna’s family and commend the strength they show in the face of unspeakable tragedy. It is beyond an inspiration.” The letter concludes by outlining the availability of grief counsellors for those affected by the incident.

The Santa Fe Sheriff’s Office has confirmed that the shooting remains an active, open investigation. Officers are expected to hold a press conference on October 27, where investigators will provide further details on the incident.

In an affidavit released by the Santa Fe Sheriff’s Office, the procession of events was briefly outlined. According to the affidavit, Baldwin was handed what he was told was a “cold gun” (a prop gun that’s unable to fire) during a rehearsal in a church building. According to the Sheriff’s Office, as reported by AP, the gun contained live rounds, and when Baldwin fired the gun, he killed Hutchins and wounded director Joel Souza.

1-
There are no words to convey my shock and sadness regarding the tragic accident that took the life of Halyna Hutchins, a wife, mother and deeply admired colleague of ours. I'm fully cooperating with the police investigation to address how this tragedy occurred and

“There are no words to convey my shock and sadness regarding the tragic accident that took the life of Halyna Hutchins, a wife, mother and deeply admired colleague of ours,” Baldwin wrote on Twitter. “I’m fully cooperating with the police investigation to address how this tragedy occurred and I am in touch with her husband, offering my support to him and his family. My heart is broken for her husband, their son, and all who knew and loved Halyna.” 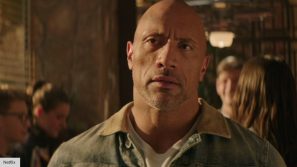