Space! The new science fiction movie from Roland Emmerich is all about it. Moonfall is, as the title alludes to, about the moon crashing down to Earth, and some ragtag astronauts that end up saving us all.

The first trailer is full of calamity. Chunks of rock tear through satellites in our orbit, and earthquakes break out as our moon starts bearing down on us. As usual in action movies like this, someone figures it out before everyone else, but nobody believes them. In this case, that’s NASA executive Jo Fowler (Halle Berry), who’s then forced to work with another former astronaut, played by Patrick Wilson, and professional conspiracy theorist, portrayed by John Bradley, of Game of Thrones fame.

Together they go on a rogue mission to stop the moon from falling on us, and much of the trailer is the typical rollercoaster thrill-ride Emmerich’s known for. They get knocked about in open space, and have to whizz around all sorts of exploding debris. Oh, and it’s really an alien movie. The Independence Day, 2012, and White House Down director has one speed, and it’s all go.

Emmerich co-wrote the script with Harald Kloser and Spenser Cohen. Michael Peña, Charlie Plummer, Kelly Yu, and Donald Sutherland fill out the cast. It was announced in 2019, and because Emmerich was making it without distribution, its $140 million budget made it one of the priciest indie films ever. A premiere at Sundance, perhaps? 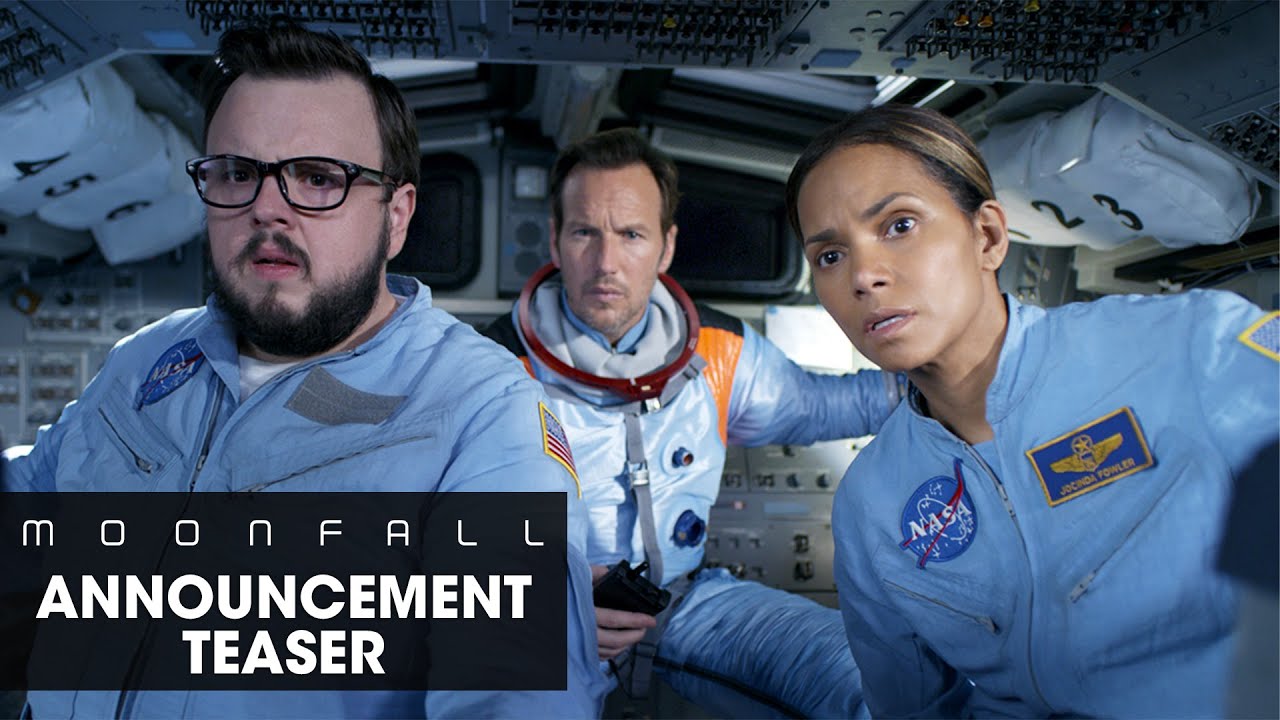 The official synopsis reads: “A mysterious force knocks the Moon from its orbit around Earth and sends it hurtling on a collision course with life as we know it. With mere weeks before impact and the world on the brink of annihilation, NASA executive and former astronaut Jo Fowler (Halle Berry) is convinced she has the key to saving us all – but only one astronaut from her past, Brian Harper (Patrick Wilson) and a conspiracy theorist K.C. Houseman (John Bradley) believes her. These unlikely heroes will mount an impossible last-ditch mission into space, leaving behind everyone they love, only to find out that our Moon is not what we think it is.”