Sometimes the difference between someone being a hero or a villain is all a matter of perspective. In ‘What If… Doctor Strange Lost His Heart Instead Of His Hands?’, the fourth episode of the Marvel TV series considers Doctor Strange’s path if, instead of his hands being broken, his partner Christine died in that fateful car crash.

He still ends up going on a personal journey deep into the mystic arts, but instead of fixing himself, he tries to find a way of bringing back his beloved. This fundamental change leads him on a path of obsession rather than enlightenment, where he becomes transfixed on finding a solution that destroys the universe.

The tale of evil Doctor Strange in the Marvel Cinematic Universe mirrors one of the great villainous origin stories in superhero TV – ‘Heart of Ice’, written by Paul Dini, for Batman: The Animated Series. An Emmy award-winning episode, it centres on Mr Freeze’s attempt to cure his wife of a rare disease, and the Dark Knight’s efforts to stop him from killing other innocent people to do so.

‘Heart of Ice’ starts in typical fashion, with Batman following a trail of GothCorp robberies by a new, elusive culprit who harnesses the power of ice through some form of mechanised suit. Through deduction, the world’s greatest detective works out that this Mr Freeze is building a weapon, and in following leads about who might know enough about GothCorp to do this, he lands on Victor Fries.

Victor wasn’t just laid off or otherwise screwed by the corporation, the CEO, Ferris Boyle, turned off his wife Nira’s life-saving cryo-stasis. When the two came to blows, Victor took a bath in cryo-fluids, mutating him into Mr Freeze, and he swore vengeance. When Batman sees this, he quickly shows sympathy for Victor, but cannot allow him to complete his plan of freezing all GothCorp’s executives, placing them at odds with each other.

Stephen from What If…? and Victor have the same trajectory, brilliant men who were cheated out of the love of their life by forces beyond their control. Unable to handle the grief and sorrow, they turn to rage and spite, filtering all their knowledge and energy into figuring out a way to reverse what’s happened, or at least get an eye for an eye. 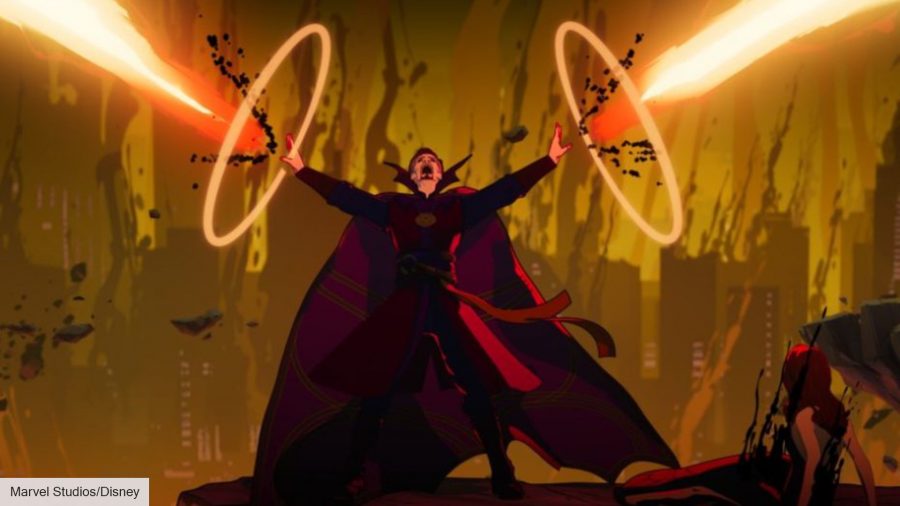 They’re people who’ve built careers on doing the impossible, and yet the one person whose life mattered, they couldn’t protect, and now they can’t bring back. Since the DC universe isn’t so much into bending time and space, Victor doesn’t intend to turn back the clock, but you can imagine if time-travel seemed feasible, he’d choose a frozen DeLorean over just blowing up some stuff.

In the episode, Batman fulfills the role played by the Ancient One in What If…?, the one who attempts to reason through empathy and hard-nosed reality. What happened is unfair, but it’s in the past now, it can’t be reversed. All we have is the present, and if Victor chooses to move forward, the Dark Knight will have to stop him. The same choice and consequence Victor wishes to push on Ferris, will be forced on him by the Batman.

Swallowed by ego and desperation, Stephen has no time for the Ancient One’s explanation that certain points in time are unavoidable, because they cause particular ripples necessary to the flow of space-time. If that car crash never happens, Stephen doesn’t become the Sorcerer Supreme, and unfortunately, in this universe, that means Christine has to perish. He stops at nothing, consuming dark energies until he’s a monstrous version of his former self. 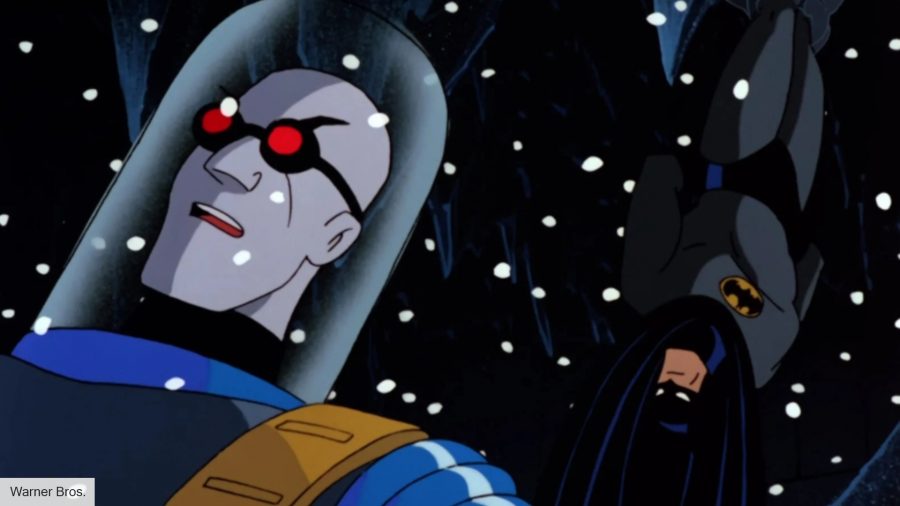 His plan works, but at the cost of literally everything in that dimension. The damage is so catastrophic, the Watcher is prompted to step in during some very late-game bargaining. But no help is provided, because he was told what would happen, and he did it anyway.

In What If…?, we take on the role of Batman during the final scenes of ‘Heart of Ice’, where he mournfully listens to Victor commiserate while imprisoned. The evil Doctor Strange has now locked he and Christine inside a shell of his own making, afloat in a sea of nothing. Watching someone self-destruct is difficult, watching them do it when you understand they aren’t wrong is even moreso.

Victor and Stephen were cheated, and what makes their stories reverberate is they do exactly what many of us have wanted to. Sometimes it seems the only comfort is burning it all down, and thankfully, we have shows like these that let us live out that version of reality instead of trying it on our own.