When you think of Ryan Reynolds, what role comes to your mind first? Is it a young college rogue who would rather party than graduate? Perhaps a vampire hunter alongside the infamous Daywalker? Or maybe it’s the green, glowing DCEU superhero? No. There’s only one foul-mouthed, fourth-wall-breaking, red-spandex clad character that popped into your head, and that’s Deadpool.

The Canadian actor, known for his self-referential humour, was always going to be the perfect Wade Wilson, aka Deadpool. The Merc with the Mouth, once described in the comics as looking like Reynolds (crossed with a Shar-pei), has always been a popular character, but once Reynolds played him in 2017’s Deadpool, that popularity exploded.

Even in X-Men Origins: Wolverine, Reynolds was praised for his performance, before the studio, unfortunately, gave the character an ill-advised face-lift. The actor was always destined to give Deadpool his much deserved big-screen outing. Since Deadpool, Ryan Reynolds has almost been type-cast in roles, though. With his dashing looks, a talent for comedy, and action-packed heroism, Ryan Reynolds has continued his schtick across recent films such as 6 Underground, The Hitman’s Bodyguard, and most recently, Hitman’s Wife’s Bodyguard.

With the release of Free Guy, a blockbuster about an NPC coming to life, it seems that Ryan Reynolds is playing the same game. But there are movies out there within his filmography that showcase his true acting powers and how he can level up his performance.

For a long time, Ryan Reynolds was that talented actor who starred in… well… terrible films. The lows include rambunctious and revolting Van Wilder, body-swap monstrosity The Change-Up, and supernatural adventure R.I.P.D, which is the lowest-rated Reynolds movie on Rotten Tomatoes at 15%. Reynolds was always good, but his films could’ve been better. However, he made bold choices across genres such as horror (The Amityville Horror), drama (Fireflies in the Garden), rom-com (Definitely, Maybe), and animation (The Croods), but the star still felt trapped on one level.

It wasn’t Deadpool that helped him level up, though. Within Ryan Reynolds’ filmography, you can find rare loot and gems that move beyond his usual patter. Instead, these films showcase a brilliant and emotive actor. Early examples such as 2009’s Adventureland show how Reynolds can express different sides of a character in the adulterous fair-worker Mike Connell, balancing charm, cynicism, showmanship, and selfishness.

Rodrigo Cortés’ 2010 psychological thriller Buried would be a challenging movie for most actors. As the title suggests, the film revolves around a man trapped in a wooden coffin and buried deep underground. With just a lighter, a pen, and a mobile phone, Paul Conroy (Reynolds) must figure out a way to escape. For the entire 95 minutes of the film, we are in the box with him as he tries to piece together what is happening to him. 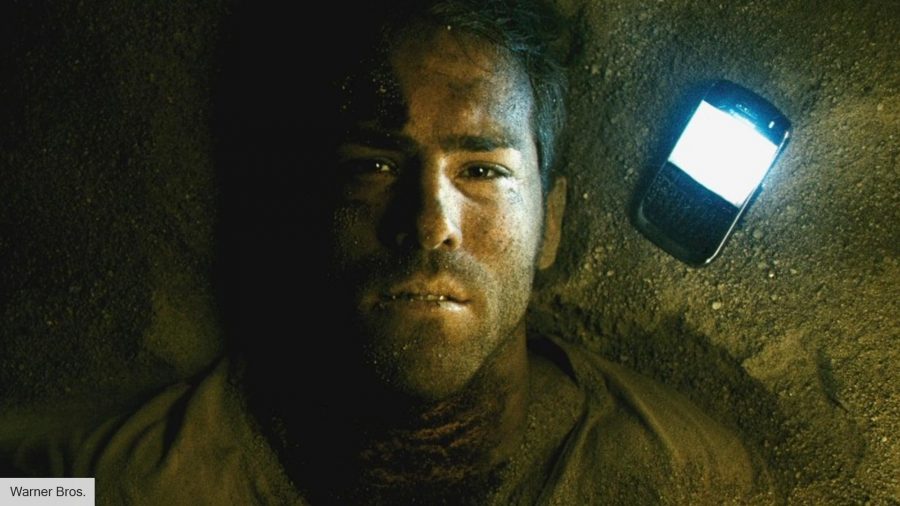 So, for the entire run of the movie, we are with Ryan Reynolds solely. This is no easy task, yet alongside taut writing and great direction, Reynolds’s performance is pulse-racing and tense as Paul scrambles for a way out. As the situation progresses, Reynolds plays an array of emotions impeccably – lending itself to a genuinely heart-wrenching ending.

Reynolds’s most critically acclaimed work is the phenomenal Mississippi Grind (2015) by directors Anna Boden and Ryan Fleck. The film itself is the highest rated for Reynolds on Rotten Tomatoes with a whopping 95% of critics agreeing it is fantastic. Reynolds is paired with Ben Mendelsohn for a moving drama about two gambling addicts who take a gambling trip down the river. An intimate buddy movie that is a harrowing, cliché free look at addiction is a masterclass in acting from Mendelsohn and Reynolds.

However, it is Marjane Satrapi’s incredibly overlooked dark comedy The Voices (2014) which is in my opinion, the quintessential Ryan Reynolds performance. The story of a kindly factory worker Jerry who is driven to homicide by his foul-mouthed cat and loyal dog is an off-beat and bizarre film.

Satrapi does blend humour and emotion well, making the small factory town of Milton an odd place in the middle of nowhere. But the key reason why The Voices works so well is Reynolds. The thing about Jerry is that he is, deep down, a good-hearted man who is tormented by his mental illness on a daily basis. 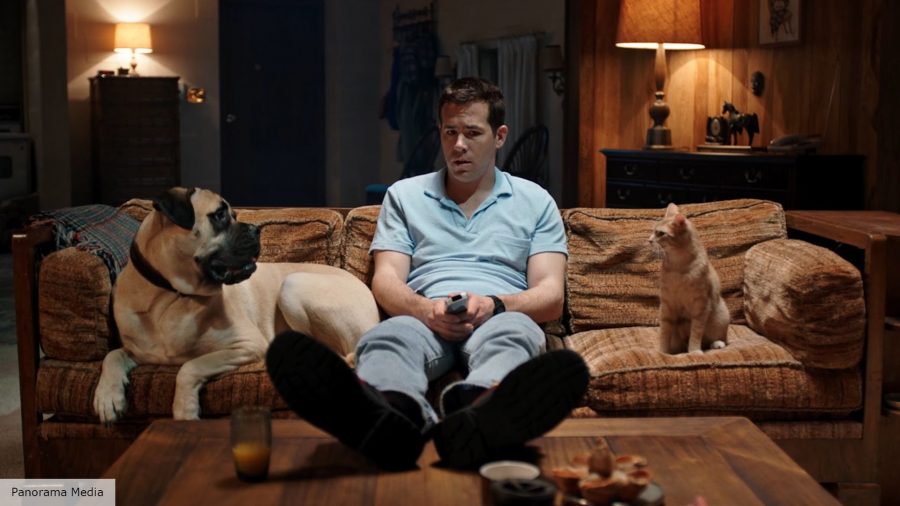 His refusal to take pills is because he enjoys the illumination and vibrancy his worldview offers him, and when that is stripped away Jerry cannot cope with the horrors and darkness of reality. Though you can hardly call three murders mistakes, especially when it is against women, Reynolds is able to show this empathy and torment of Jerry so that you can understand him without necessarily forgiving him.

The Voices is arguably his best work – it’s strikingly nuanced – and is even a favourite of the actor himself. Tweeting last year during lockdown, Reynolds stated that it “Never really got its day in court, but man, it’s weird and fun and beautiful”.” Plus, the film has the best end credit sequence of all time.

The Voices definitely deserves a reappraisal and, hopefully, will get a cult following over time. In many ways, Reynolds also deserves to be seen beyond the red and black mask of Deadpool.

So yes, it has been much of the same type of hijinks for Ryan Reynolds. You cannot blame him for playing to his strengths: When it works, it works. The actor’s impeccable comedic timing and ultimate compassion for his characters really shine through. That continues with Free Guy. Reynolds has a dynamic charisma and has found the perfect gameplay to keep him one of Hollywood’s best blockbuster players.

Hopefully one day, Reynolds will go on another earnest side quest soon.