September 27, 2021 Tom Felton took to Instagram to update fans on his condition, saying that he is now “on the mend”.

Harry Potter star Tom Felton was carried off a Wisconsin golf course after collapsing at its 18th hole. According to the Professional Golfer’s Association of America (PGA), the actor, who celebrated his 34th birthday a day before, experienced a “medical incident” and has been sent to a “local hospital for treatment.”

The medical emergency occurred after Felton finished the last hole in his golf match at Whistling Straits on 23/09/21. Whistling Straits, set to host the Europe vs United States golf tournament over the weekend, held a Ryder Cup Celebrity Match when the incident took place. The PGA said in a statement: “In today’s Ryder Cup Celebrity Match, actor and musician Tom Felton experienced a medical incident on the course while participating for Europe. He was transported to a local hospital for treatment. No further details are available.”

Playing alongside the actor was Olympian Dan Jansen and hockey players Teemu Selanne and Mike Eruzione. Felton was surrounded by fellow golf players, volunteers and officials who helped him to his feet.

The actor, who famously played Draco Malfoy in the Harry Potter movies, was then driven away on a golf cart accompanied by two officials for further examination. 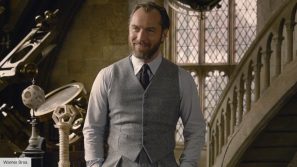