Like just about every other franchise, the Fast saga has suffered a number of delays thanks to Covid-19. We were originally meant to get Fast 9 in 2019, but it was moved several times, first to accommodate Hobbs and Shaw and No Time To Die, then because of the pandemic. The action movie finally pulled up to screens this summer, and now the franchise is back to living life a quarter mile at a time, with Fast 10 and Fast 11 both on the horizon for the near future.

Fast 10 is expected to start filming in January 2022, and it’s believed these next two movies will film back-to-back. Producer and star Vin Diesel said as much when promoting Fast 9. “I’m doing Fast 10 Part 1 and Part 2, the finale of the saga, in January,” he told Regal in June. However, Fast 11 is without a date, so it’s unknown if this is still the plan.

Justin Lin, who directed Fast 9, and four other Fast and Furious movies besides, is returning to direct both these last two thriller movies. Many of the usual cast, such as Michelle Rodriguez, Tyrese Gibson, and Chris ‘Ludacris’ Bridges, are expected to return.

One who isn’t coming back is Dwayne Johnson. While promoting Jungle Cruise, Johnson responded to comments from Diesel about getting “tough love” on set, by wishing everyone involved luck. “I’ve wished them well,” Johnson said. “I wish them well on Fast 9. And I wish them the best of luck on Fast 10 and Fast 11 and the rest of the Fast & Furious movies they do that will be without me.”

Johnson and recurring Fast antihero Jason Statham starred together in their own spin-off, The Fast and Furious presents: Hobbs and Show. Both are expected to return for a sequel. 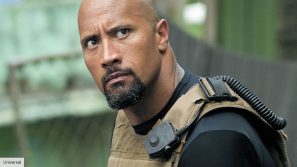