Actor, director, and writer Chris Ayres, who’s best known for voicing the villainous Frieza in the anime series Dragon Ball, has died aged 56. No cause have death has been announced at the time of writing. The news was announced by his partner and fellow voice actor Krystal Laport on Twitter on October 19.

“On October 18 at 8:40 pm my world went dark. Christopher Owen Ayres passed away peacefully held close by his mother, brother, and girlfriend,” she wrote in a moving statement. “I have never been alive in a world where Chris wasn’t. I am scared of it. So much of humanity’s kindness, compassion, gentleness, bravery, generosity and integrity were concentrated in one man.”

Laport continued by saying that Ayres loved his fans and thanked those who stood by him during his well-documented health struggles. She finished by saying how much she’ll miss him, adding she hopes that wherever Ayres is now he takes a long, deep breath with his “perfect lungs” and dances, before closing on a William Shakespeare quote from Romeo and Juliet.

Following the news of his death, Ayres’s fans and former colleagues took to social media to express their grief and mourn the voice actor. Toei Animation, the production house responsible for Dragon Ball, tweeted: “May you rest in peace Chris Ayres, a magnificent voice actor who brought many wonderful characters to life, including our Frieza. You will always be remembered. Thank you for everything.”

Funimation expressed a similar sentiment. “Rest In Peace, Christopher Ayres,” the company tweeted. “Thank you for all that you’ve done for so many fans. We’ll miss you dearly.”

Rip Chris Ayres. I like many was a fan of your work and greatly appreciated all that you did.

Chris Ayres was my first professional director. He was so good, kind, friendly, and immensely dedicated to his craft. He cared about his fans to a degree I've rarely seen in this industry.

He always did his best to make the world a better place. I believe he did.

The anime industry lost a living angel today. It’s impossible to describe how pure Chris Ayres was, and his dedication to his craft was unmatched. Knowing Chris, he’s still at the gates of Other World, explaining something clever to the maître d’. #RIP, Frieza. 😢 pic.twitter.com/rN7bjBLlGT

Rest In Peace, Christopher Ayres. Thank you for all that you've done for so many fans.

“I can’t stop crying about the loss of my dear friend and colleague, Chris Ayers,” wrote Goku voice actor Sean Schemmel. “I never thought I’d say this because I used to tease him about it all the time, but thank you, Chris, for the love and laughter. Always…I’ll see you in Otherworld, bro, and we’ll spar again, Frieza.”

In 2017 Ayres was diagnosed with end-stage cardiac obstructive pulmonary disease. According to a fundraiser set up to help him pay for his medical bills, Ayres required a double lung transplant in order for him to survive as well as “two additional surgeries (double bypass, and oral maxillofacial)” before he could get the transplant. 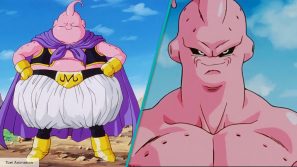