There is something fun about a ‘70s style full blown shoot out, especially one featuring action movie veteran Gerard Butler. But when it comes to a 107-minute-long flick, is fun enough? Director Joe Carnahan’s (The A-Team) latest thriller movie, Copshop, is pure gritty Americana that rolls with its clichéd punches. Full of personality and some hilarious moments, it has the makings of a wildly entertaining film. However, with a predictable plot, repetitious action scenes, and some clunky dialogue, Copshop feels like it is simply shooting in the dark.

Copshop’s premise takes cues from typical action movie tropes. It follows a mysterious con man named Teddy (Frank Grillo) who in an effort to escape the clutches of a hired killer, Bob Viddick (Gerard Butler), gets himself arrested, by punching rookie cop Valerie (Alexis Louder). However, the cell of the local copshop can’t protect Teddy for long, as Bob also gets himself purposefully arrested by orchestrating a staged DUI – resulting in the killer being locked away with his prey.

The initial premise is clean and simple, focusing on the two’s tension, and the mental tug of war as both try to sway Valerie to their way of thinking to convince her to unlock their cells. However, the plot quickly becomes disjointed as multiple layers to Teddy’s backstory, and new characters keep popping up. As more subplots get thrown into the general mix, and as logic starts to lose its footing to cater to all the fast changes, the end result is a thriller movie that at times borders on ridiculous.

Written by Carnahan and Kurt McLeod, you can tell that Copshop has a lot of love and reverence for the classic cop sub-genre that harks back to Clint Eastward’s earlier work and ‘70s B-movies. It is easy to get caught up in the movie’s sun-kissed and sweaty action aesthetics; however, you just can’t escape how the two writers tried to include every trope in the genre’s book here. 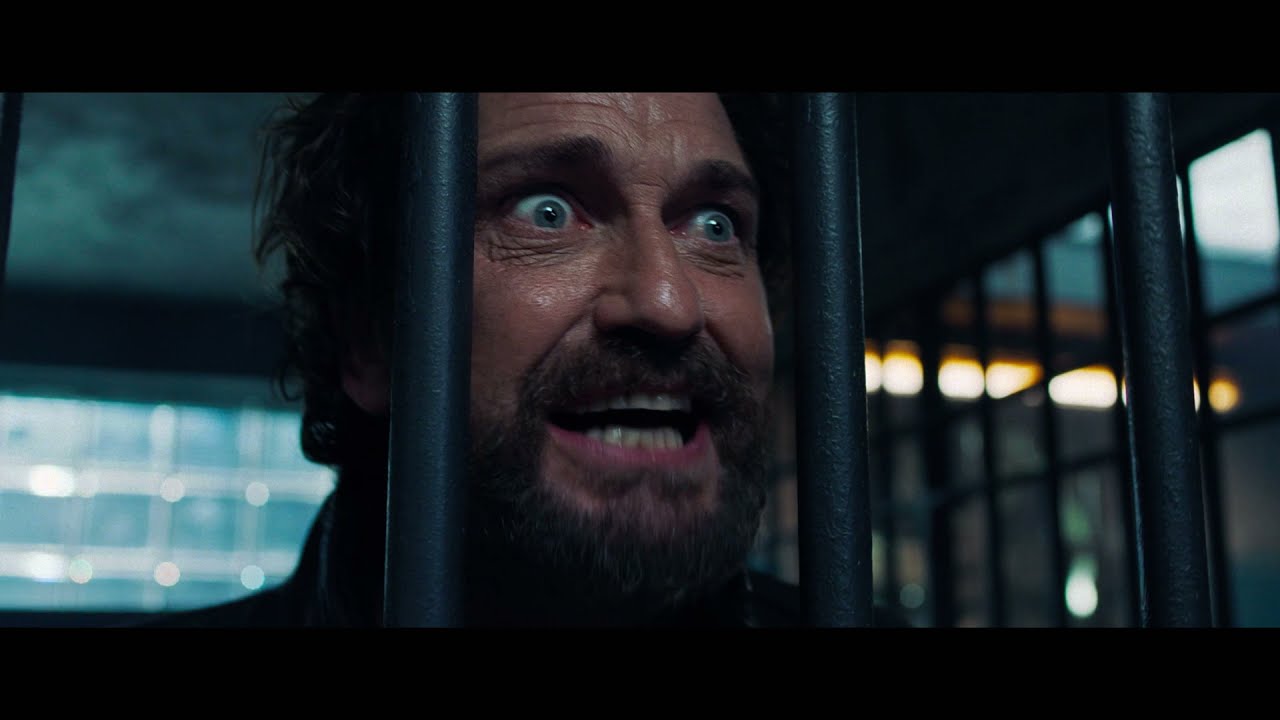 There are dirty cops, drama with the attorney general, a charming mid-western serial killer, a revenge plotline, double-crossing, and even an angry police sergeant with a tendency for mass swearing. While all this is fun to see, the overall storytelling suffers, and certain plot points appear completely out of the blue or are glossed over entirely.

In many ways, it feels as if Copshop is trying to take its cues from other tension heavy flicks such as Ben Wheatley’s claustrophobic Free Fire or Tarantino’s structure in The Hateful Eight. We also see some blatant Tarantino worship in the flick’s cinematography, complete with slow-motion shoot outs. But Copshop never fully captures the same sense of urgency or finesse of the movies to which it is trying to pay homage. However, all this being said, Copshop does feature some great jokes and some solid acting.

Louder as Valerie steals the show, commanding attention with her dominating presence and stern characterisation. Similarly, Butler and Grillo’s on-screen chemistry results in some addictive comedic timing, which helps pick up the pace in an otherwise slow film. At the end of the day, Copshop is full of potential, and you can see what it was trying to do; the trouble is it just never achieves its goal. Besides some stand out performances and an exciting nostalgic style, it is a movie that relies on its charm over a meaningful narrative.

Copshop is now out in cinemas across the UK and is set to release on September 17 in the US. 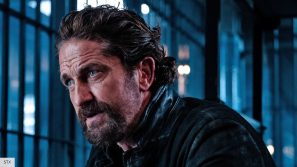 Copshop is full of personality and charm, however, with its misguided storytelling, it's an action movie that feels like it is simply shooting in the dark.