In 2019, MCU movie Avengers: Endgame outdid Avatar to become the highest grossing movie of all time. Avatar has since taken that title back via re-release, but director James Cameron is hoping something else might step up before the sequel.

In an interview with The Irish Times, Cameron was asked about making astronomic amounts of money and the box office. In response, he muses about how feasible it is for films to set these kinds of records, and says he’d like for the bar to be raised before Avatar 2. “A year from now, Avatar 2 is going to come out. Is it still possible to make that kind of money?” Cameron ponders. “I don’t know. I would love it if another film came out and made more money than Avatar sometime between now and then.”

As a lifelong fan of cinema, and a creator of some of the best movies of all time, Cameron views a raised ceiling as a sign that his passionate dedication is paying off. “I’d know the business I invested 40 years of my life in is still there and still healthy,” he says.

Pandora, the alien world introduced in Avatar, first popped onto our screens in 2009. Obviously, it was a smash hit, and talk of a sequel has been ongoing since then. Next year, in 2022, Avatar 2 is finally coming to theatres.

Ever wonder what it takes to become Na’vi? @zoesaldana talks about her experience bringing Neytiri to life. pic.twitter.com/9E0aSLewQK

Cameron is directing, from a script he’s co-written with Josh Friedman. Zoe Saldana, Sam Worthington, Stephen Lang, and Sigourney Weaver are all reprising their roles, with Michelle Yeoh, Vin Diesel, and Edie Falco among the new additions to the adventure movie odyssey.

Only time will tell what state the box office is in when the return journey to Pandora comes about. Avatar 2 arrives December 16, 2022. 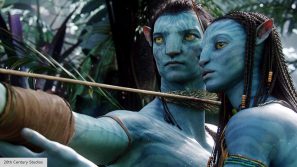 Avatar 2 release date, cast, and everything else we know
Get involved Continue the conversation over on The Digital Fix Forum