Netflix’s live-action adaptation of one of the best TV series of all time is finally coming together. The upcoming show, Avatar: The Last Airbender has announced its leading cast. Gordon Cormier (Gabby Duran and the Unsittables), Kiawentiio (Beans), Ian Ousley (Physical), and Dallas Liu (PEN15) are all set to star as the series’ four main characters.

Adapted from the beloved Nickelodeon show, Netflix’s Avatar: The Last Airbender series will centre around the fantastical story of elemental benders, who must develop their skills to defeat the militaristic Fire Nation, and save the world. Cormier will be playing the shows titular character Aang, the Avatar who must master all four elements, and be the keeper of peace and balance. Kiawentiio will be Katara, a Waterbender, and Aang’s main confidant.

Ousley is set to take on the role of Katara’s older brother Sokka, who is known for his skills with a boomerang and being the show’s primary source of comedic relief. And finally, in the cast line-up, we have Liu, who will star as the exiled Fire nation Prince, Zuko.

Albert Kim, previously the executive producer on Sleepy Hollow, is showrunner and executive producer. In a blog post, Kim discussed his casting choices, revealing the importance of having actors with Asian or Indigenous heritage in this new live-action iteration of Avatar.

“A live-action version would establish a new benchmark in representation and bring in a whole new generation of fans,” Kim wrote. “This was a chance to showcase Asian and Indigenous characters as living, breathing people. Not just in a cartoon, but in a world that truly exists, very similar to the one we live in.”

The casting choices are definitely a step in the right direction. We are curious to see how Kim will utilise the young star’s talents to make this version of Avatar: The Last Airbender his own. The animated series Avatar: The Last Airbender, has one of the best stories on TV, winning an Emmy award, multiple Annie Awards, and a Peabody Award during its three season runtime. Needless to say, Netflix has a lot to live up to.

Avatar’s original creators Michael Dante DiMartino and Bryan Konietzko, were originally attached to create the live-action Netflix TV series, but announced that they were no longer involved in the project last year. Since then, the two have struck a deal with Nickelodeon, and plan to create new series, and animated movies set in the Avatar universe. 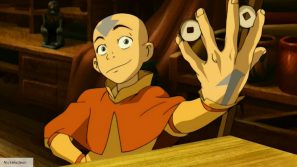 Avatar: The Last Airbender’s Aang voice actor reveals his favourite episodes
Get involved Continue the conversation over on The Digital Fix Forum