When can we watch the ending of Attack on Titan? Since its debut in 2013, Attack on Titan has become one of the most popular anime series in the world. Through the eyes of Eren Jaeger and his friends and cohorts, we’ve followed the violent, horrifying struggle of the Survey Corps against the vicious Titans for several seasons, watching the bizarre mystery unfold.

But all good things must end, and Attack of Titan’s fourth season is its last. However, the sci-fi series has quite a number of its source manga left to adapt, and Studio MAPPA, who took over animation for this last season, split it into two parts to cover everything. This was revealed at the end of episode 16, making for quite the cliffhanger.

So, now what? How many episodes are coming? How much of creator Hajime Isayama’s manga is left? And when can we see them? We aren’t trained in omni-directional mobility gear, but we’ve had a good poke around Paradis to see when the Titans and the corps are heading back to our screens. Here’s everything we know about Attack on Titan season four.

When is the Attack on Titan season 4 part 2 release date?

We don’t have an exact day, but know the month, and it’s relatively close. Attack on Titan’s final season resumes in January 2022. This was revealed during a concert dedicated to the anime, where it was also confirmed the first episode back is titled ‘Judgement’.

Previously, we just had a short teaser from MAPPA that says “this winter”, which was thought to mean December 2021, or perhaps early 2022. Thankfully, sooner rather than later!

Where can you watch the rest of ATTACK ON TITAN SEASON 4?

The first half of Attack on Titan season 4 started airing with subtitles and English dubbing on January 10, 2021. The concluding episode of part one aired May 2, 2021. Of the many twists and turns was the surprise that we have more in-store, and episode 17 would bring part two sometime later.

Plenty to choose from: The best anime movies

You can watch the first 16 episodes via streaming service Crunchyroll, which has every preceding episode as well, for a grand total of 75. Plenty to catch up on or rewatch!

What is the Attack on Titan season 4 plot? 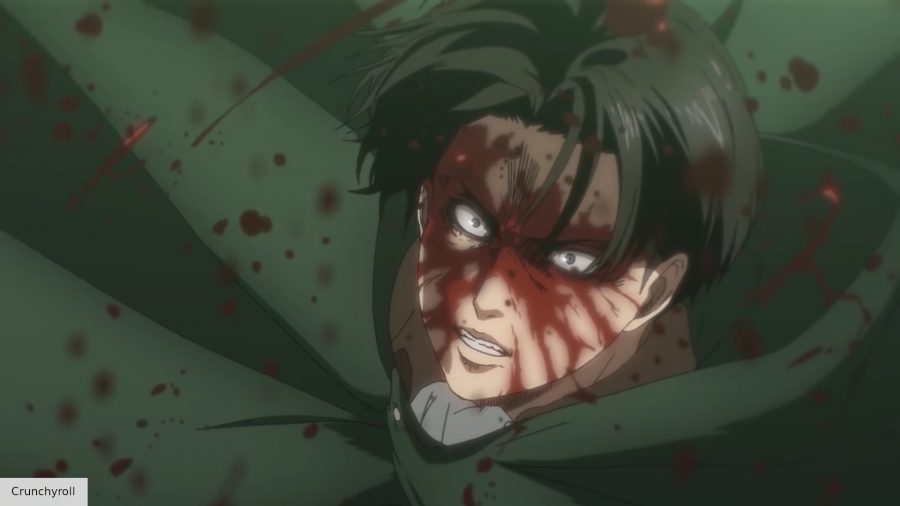 The general story concerns a brewing war between Paradis, where our main heroes are from, and the invading forces of Marley. During part one, Eren makes some rash moves and initiates the Rumbling, where the Wall Titans are set free. Terrified by this, Reiner joins Connie and Gabi in trying to find a way to stop Eren from wreaking havoc on anyone and anything outside of Paradis.

The last episode ended on another bout between Reiner and Eren in Titan form, with the Rumbling started. Marley’s forces were decimated by Eren, but they launched a sneak attack to capture him. Aside from that, we don’t know much else.

How many episodes will be in Attack on Titan season 4 part 2?

We don’t know, but smart money’s on another 16. Part one adapted 26 chapters of the manga for its 16 episodes, and there are now 23 left, which leaves plenty of room for a good long conclusion.

Generally speaking, episodes so far have each covered two-to-three chapters, and it stands to reason the ending might be slightly protracted to provide the most epic finale possible. We’ll just have to wait and see.

Is there an Attack on Titan season 4 part 2 trailer?

Technically yes, but it’s only a brief teaser that came with the announcement of the second part. A teaser from the end of episode 75 gives us a title, some visuals, and the vaguest of hints at the premise.

We know episode 76 is called ‘Suffering’, and in the snippet, a young girl is accused of something by multiple people, and then starts drowning. Then we get a caption: “You must have been waiting… all this time. Waiting 2,000 years… Just for somebody…”

We also have a poster, which you can see below:

What does it all mean? We could speculate, but that’s all it’d be, speculation. Since it’s Attack on Titan, one thing is for sure – it’s going to be a rough landing. 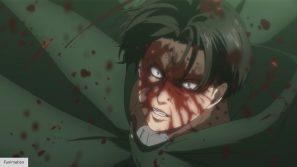