An exploration of the nature of abuse through the lens of a horror movie featuring a ravenous man-eating monster; Antlers is a gore-drenched meditation on the wrongs we commit against each other and the Earth. From director Scott Cooper and producer Guillermo Del Toro, and adapted from The Quiet Boy by Nick Antosca, Antlers tells the story of Lucas Weaver (Jeremy T. Thomas).

Lucas lives in a one-horse mining town whose horse has just died. All around Lucas, there’s evidence of decay; closed mining pits, queues outside the doctor’s office, and roadkill rotting in the streets. Still, as grim as life in the town is, it’s nothing compared to the dark secret Lucas has locked in his attic. You see, Lucas’s father has come down with a strange sickness, and it’s making him ravenous.

The only person who seems to care for Lucas is his teacher, Julia Meadows (Keri Russell), who’s grown worried about how withdrawn the young boys become. Despite the protests of her brother Paul (Jesse Plemons), the town sheriff, Julia can’t help but investigate what’s wrong with Lucas, and she discovers the dreadful truth about the transformation his father is undergoing.

As you might expect from Cooper, Antlers is a disturbing and layered film that offers an unflinchingly bleak look at American life with all its romanticism stripped away. The American dream is dead in this movie, and its carcass has been stripped bare by predators. While you might think those predators are the titular horned horror that stalks the streets at night, there’s more to it than supernatural beasts.

This monster movie is interested in abuse, and not just physical abuse; it speaks to how humans mistreat themselves and the natural world around them. It’s no coincidence that Lucas’s father is infected with his curse in an abandoned mine while cooking meth. He’s a victim of a greedy corporation that sucked all the resources out of his home then left him unemployed with no future. He may have become a literal monster, but he’s a monster of man’s making.

Other characters and even the setting are similarly disaffected victims of historic abuses perpetrated on them by businesses and people who’ve either left town or died long ago. The only people left are the sick, abandoned, and disaffected. It’s a place where rot has set in, quite literally.

Antlers wears its motifs with all the subtlety of a ten-foot-tall Wendigo and if I’m honest it’s nothing we haven’t seen done before. However, Cooper competently weaves the themes into the story so, as obvious as they are, they never threaten to overtake the scares and thrills. The only real misstep with this is in the backstory of Julia. 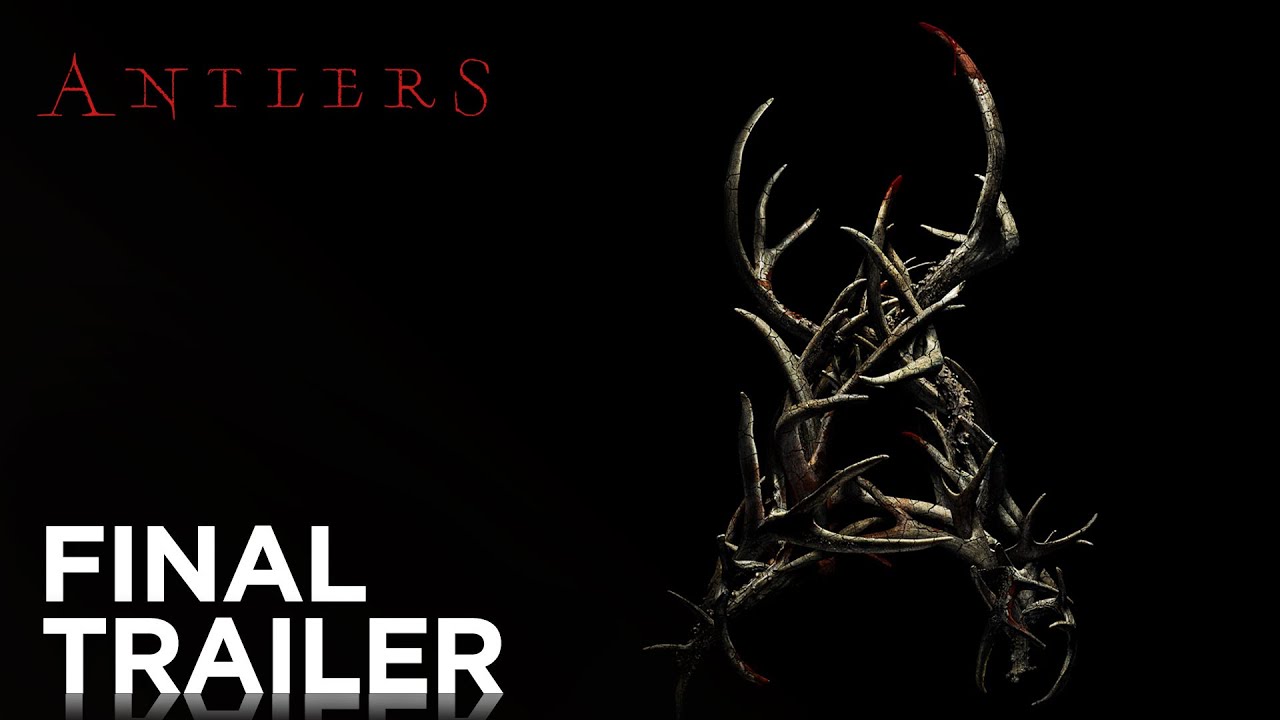 It’s made explicit that Julia was sexually abused by her father and is still traumatised by this. While Antlers is clearly trying to loop her character into the wider thematic narrative of the evil humans do to each other, her plotline gets lost in the milieu of battling an ancient Native American evil. It’s a shame because Russell is very good in the film and it feels like a slight waste of her considerable talents.

Still as good as Russell is the real star of the show is Jeremy T. Thomas. There’s a certain danger in making a child the main character of your horror movie, and an even bigger risk when that kid’s never been in a movie before. Thomas though is fantastic as the quiet, withdrawn, and frightened Lucas. He’s an incredibly naturalistic performer which, considering the otherworldly monster he’s dealing with, is a credit to his talent as an actor.

Speaking of otherworldly monsters, the creature at the heart of this is sensational. It’s both hideous, and if you can get past its ripped and ragged flesh, beautiful at the same time. Of course, part of the reason that I liked the creature so much is that I adore the legend of the wendigo, it’s fascinated me for years now so seeing one on the big screen was always going to engage me.

Clearly as well Cooper and Del Toro were captivated by the myth, everything about it from its design to life cycle is so deliberate and methodical you can tell it’s where a lot of their focus was spent. Both men have been open about working with Native American people to make sure they were respectful of their folklore and the Wendigo is given real gravitas and weight. It helps that the creature isn’t a purely CGI creation conjured by VFX artists, it’s a physical prop that the actors can interact with. 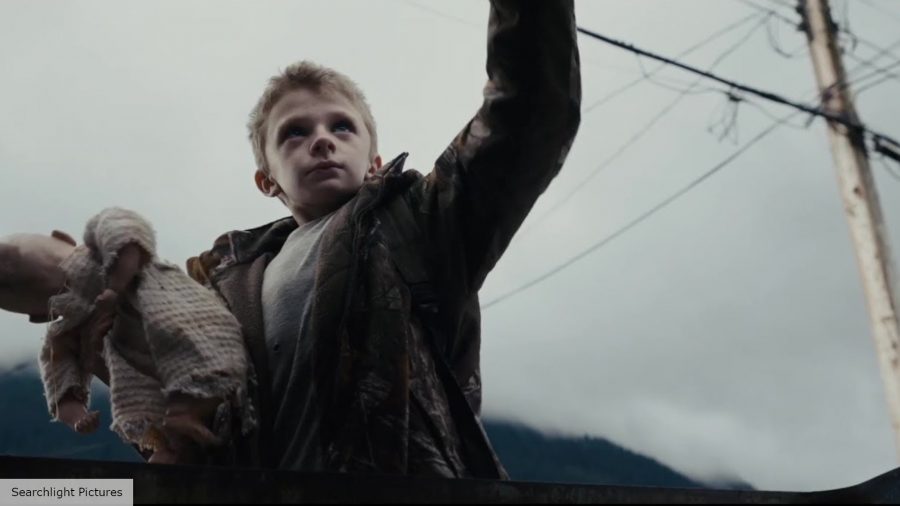 This no doubt made life a lot easier for cinematographer Florian Hoffmeister who can effectively light and shoot the creature without making it look like an escaped video game character. Hoffmeister’s cinematography does shine throughout the movie particularly when shooting the town and surrounding woods. He manages to make them both colourless while also wildly exotic and strangely sinister like something out of a storybook.

Long term horror hounds may not find Antlers the scariest monster movie of the year but it’s inventive, boasts some gruesome gore, and is a solid genre piece that’s got more on its mind than just making you jump. 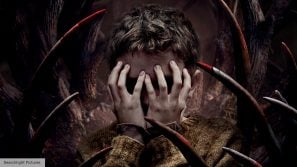 A blood-drenched look at generational trauma that's as haunting as it is scary.