October 15, 2021 StudioCanal has announced it is distributing the boxset in the UK

Wolfwalkers, the Irish animated movie from Cartoon Saloon, is getting a limited Blu-ray release. GKIDS and StudioCanal are offering a trilogy boxset featuring Wolfwalkers, Song of the Sea, and The Secret of Kells, for this December.

The Irish Folklore Collection brings Cartoon Saloon’s spiritual trilogy on the lore and mythology of Ireland together in one package. Besides the three family movies on Blu-ray – the first and only time Wolfwalkers will be available in a physical format – there’s filmmaker commentaries, animatics, a 40-page booklet, concept art, and much more.

Both Song of the Sea and The Secret of Kells have commentaries from director with Tomm Moore, who also provides a commentary for animatics of Wolfwalkers. Then there’s a number of interviews with the voice cast and creators, and a reading of Pangur Bán, the old Irish poem that inspired the cat in The Secret of Kells, by Irish actor Mick Lally, recorded before his passing in 2010. Lally’s role as Brother Aidan in The Secret of Kells was his last.

Wolfwalkers gets quite a bit of special treatment for its physical release, with a number of featurettes on the the music and character design. A small series of ‘How to Draw’ demonstrations should inspire some creativity, and all the packaging is environmentally friendly, echoing Moore’s personal ethos, and the wider themes of preservation and kinship with nature within the films. 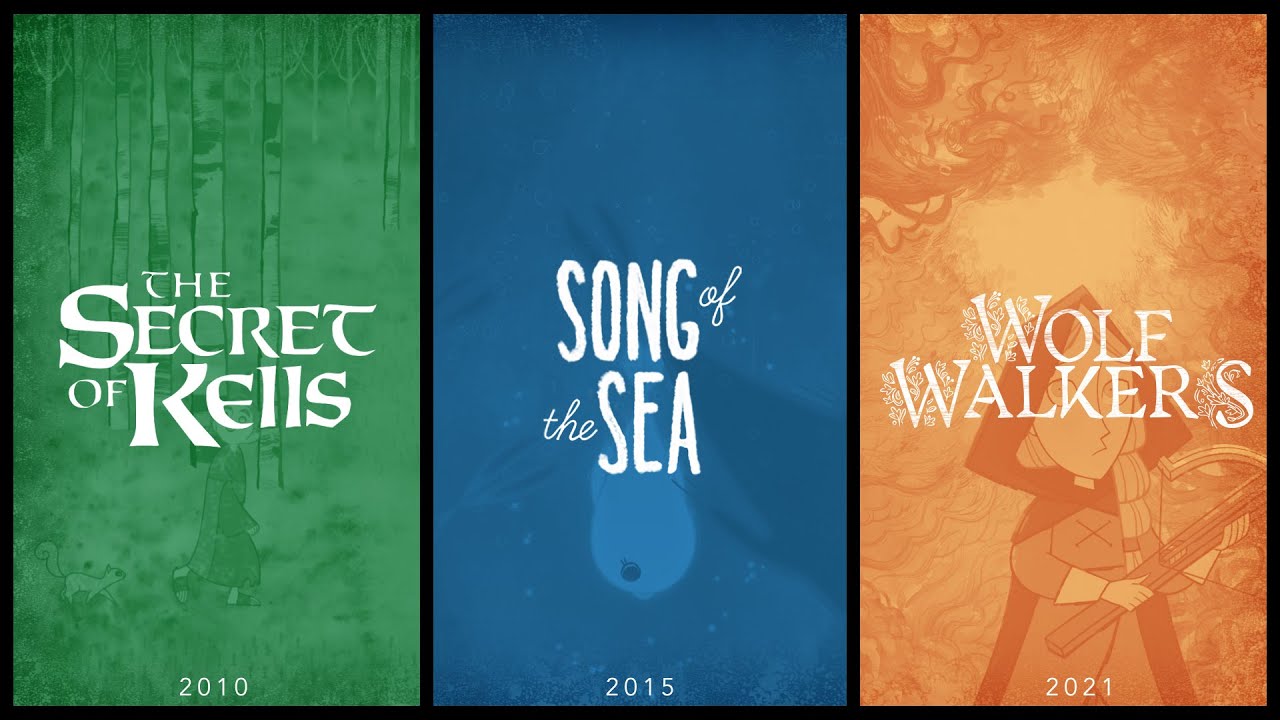 “These culturally rich films celebrate the Irish heritage of the Kilkenny-based Cartoon Saloon filmmakers by looking at history through the lens of folklore, with all three features available in both the English and Gaelic language” the press release states. “The handcrafted animation and painstaking attention to detail are what makes these films so beloved by fans.”

This is the exclusive Blu-ray version of Wolfwalkers, and it’s up for preorder in the UK from Amazon now. US fans can find it on the GKIDS store, and both are due to ship starting December 13.