You may be surprised to learn that Tobey Maguire, Andrew Garfield and Tom Holland are not the only actors to play live-action versions of Spider-Man. There was also Nicholas Hammond – who played the character on television during the 1970s – and he was a little miffed not to be asked to join the Spidey party in No Way Home. One person who was not a fan of the short-lived 70s TV show was Stan Lee himself.

The show was called The Amazing Spider-Man [which may indicate that the ‘amazing’ part of the title is cursed] and never achieved the same success as The Incredible Hulk, which aired around the same time. In an interview with Lee, unearthed in 2017, he said; “The Spider-Man TV series I was very unhappy with.”

“Very often, people will take a novel, let’s say, and bring it to the screen … and they will leave out the one element, the one quality that made the novel a best-seller.” Lee explained. “With Spider-Man, I felt the people who did the live-action series left out the very elements that made the comic book popular.”

Basically, the characters were boring, the Marvel icon said. “They left out the humour. They left out the human interest and personality, and played up personal problems” Lee said. “On a technical level, I think they did a good job. The scenes of him climbing on the wall — in those days, they didn’t have the wherewithal that they have today, and they did a very good job with that.”

Unsurprisingly, Hammond makes the show sound better than Lee does. “I felt it was the right choice — to root it all in reality. Meaning, we did not have fantasy comic book villains. We had people, we had drug dealers, blackmailers, criminals. So in a way, we turned it slightly into a crime show where there were issues about pollution and nuclear waste. We thought it was better to have this guy with his powers trying to stop people who were doing serious harm to the planet.” This sounds pretty cool, but then, we’re not Stan Lee.

While we wait to find out about the future of Spidey – both in and outside of the MCU – check out our guide to the Spider-Man villains, ranked. 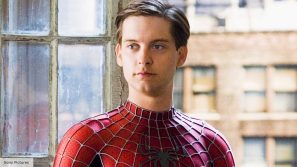