2021 was a busy year for Spider-Man. All three live-action cinematic versions of our favourite webslinger — as well as a range of classic Spider-Man villains like Green Goblin — made an appearance in MCU blockbuster Spider-Man: No Way Home.

But as we go into 2022, things are about to get a lot crazier for Peter Parker, as this marks the 60th anniversary of the Marvel movie legend’s debut in Marvel’s extensive comic book universe. Fans of the original comics will know that Spider-Man made his first appearance in Amazing Fantasy #15, which was released in June 1962, though listed with a cover date of August 1962, because nothing can be simple.

The synopsis for the Marvel Masterworks bundle is as follows: “When a young Peter Parker is given the fantastic powers of an arachnid, he must also deal with the fantastic pressures of an everyday teenager.”

“Check out these stories of spectacular web-slinging adventure from Spidey’s very beginning, including the tragic origin that started it all, the first appearances of the Daily Bugle, J. Jonah Jameson, Doctor Octopus, the Sandman, the Vulture, Electro, and guest-star nods by the Fantastic Four and Human Torch.”

Although paperback and hardback copies range from £84.99-£95, you can get a digital version for free on us by clicking our exclusive link for an Amazon Prime free trial. Once you have Prime, you can access a wealth of comics free of charge.

So now, you can slam your fists on the table and demand to see more pictures of Spider-Man without spending a single penny. 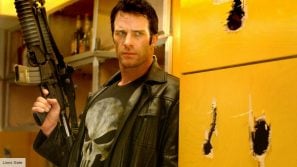