The newest entry in the Marvel Cinematic Universe What If…? is exploring the multiverse. This gives the writers of the TV series an awful lot of freedom to do whatever they want with Marvel’s stable of superheroes and supervillains. In an interview with The Post-Credit Podcast, head writer AC Bradley explained how incredible it felt to be entrusted with the “keys to the toy store”.

“It was a blast! You said it yourself, we were basically given the keys to the toy store,” she said. “Go have fun and make sure everything was different. Don’t give us ten of the same. Give us ten of the most different stories you can come up with. I hope Bryan and I have achieved that.”

That said, it seems there are some limits to what they’re allowed to do with Earth’s mightiest heroes, and Bradley admitted that some of her ideas for the divergent timelines were a little too scary for a show aimed at teens and up. “There was a couple of episodes that were just a little too dark,” she explained. “There was an original What If…? [comic] run I believe where Spider-Man turns into a real spider, and that was just too dark and too body horror for their PG-13.”

There have been a couple of Marvel comic stories and TV shows where Spider-Man becomes more spider than man. Most notably, in the ‘90s Spider-Man animated series, the Wallcrawler mutated into a twisted beast known as Man-Spider that looked like something that got caught up in Seth Brundle’s telepods.

While Spider-Man turning into a walking abomination was deemed too dark for What If…? it seems the creatives behind the show are still eager to explore the scarier side of the multiverse. We know they’re going to adapt the wildly popular story Marvel Zombies for the small screen, and we’ve seen plenty of stills featuring undead Captain America and Iron Man. Maybe they were worried about arachnophobes watching? 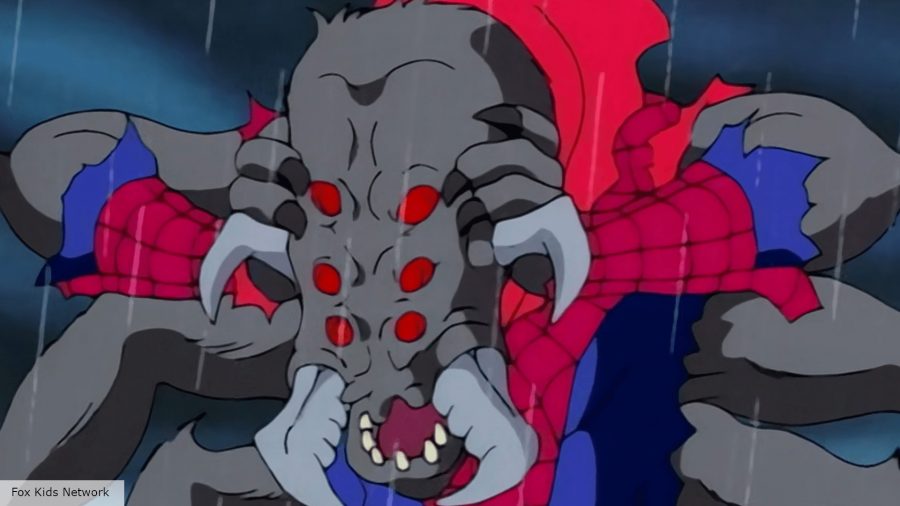 Horror movie inspired episodes aside, Bradley had previously admitted she had to shelve another idea as well. Not because it was too dark for a cartoon, though. This time it was because she’d accidentally stolen James Gunn’s idea for Guardians of the Galaxy Vol. 3.

“I walked [executive producer] Brad Winderbaum through all my hard work, only to find out I accidentally pitched the back half of [Guardians of the Galaxy vol. 3],” Bradley told IGN. “So I stay away from Mr James Gunn and his brilliance and his work, and I did go home after that day and cracked open a beer and be like, ‘well that’s going to be an amazing movie, but now I gotta go back to the drawing board,’”

What If…? streams exclusively on Disney Plus from August 11.