For once, it might be safe to go into the woods. A new Evil Dead film is on the way, and this time the demons are coming for an inner-city apartment complex, rather than a creaky old cabin.

Evil Dead Rise is being executive produced by creator Sam Raimi, and Bruce Campbell, who won’t be appearing onscreen as recurring protagonist Ash Williams. Instead, Alyssa Sutherland and Lily Sullivan will be suffering the wrath of the Deadites, playing two sisters whose family reunion is interrupted by demons eager to possess every human on Earth. How rude.

Robert Tapert, the third of Evil Dead’s longtime custodians besides Raimi and Campbell, is once again serving as producer, a role he’s held for each of the movies thus far. Irish filmmaker Lee Cronin, whose directorial debut The Hole in the Ground premiered at the Sundance Film Festival in 2019, has been chosen to direct, and the movie is set to be released primarily on HBO Max, with plans to-be-decided in regions that don’t have that service. New Line Cinema is distributing, making this a complete reunion, after the studio helped get The Evil Dead off the ground back in 1981.

“I’m thrilled to bring Evil Dead back to its original home at New Line 40 years after the release of the first film. The company’s history as pioneers of horror speaks for itself,” Raimi said in a statement. “I’m equally excited to be working with Lee Cronin, whose gifts as a storyteller make him the ideal filmmaker to continue the enduring legacy of the franchise.”

The Evil Dead spawned two sequels, Evil Dead 2 (1987), and Army of Darkness (1993), both prominently led by Campbell. In 2013, Fede Alvarez directed Evil Dead (2013), part-sequel, part-reboot that had another group of twentysomethings suffering the wrath of the Necronomicon in the middle of a secluded forest. Campbell made a small cameo appearance as Ash for a post-credits scene, but returned to the role properly for the TV series Ash vs Evil Dead.

The show featured Campbell as an older, not-so-wiser Ash, and two companions, Pablo Simon Bolivar (Ray Santiago) and Kelly Maxwell (Dana DeLorenzo), on an ongoing road trip to stop the Deadites. It lasted for three seasons, from 2015 to 2018, after which Campbell announced his retirement from playing Ash, now eager for newer performers to get the opportunity.

“At its core, Evil Dead is about ordinary people overcoming extraordinarily terrifying situations,” Campbell stated on the upcoming instalment. “I can’t wait for Alyssa and Lily to fill the blood-soaked shoes of those who have come before them and carry on that tradition.”

Evil Dead Rise is due to shoot July 2021 in New Zealand. Why not check out our list of the best horror movies for ways to scare away the time. 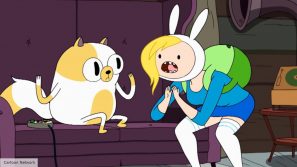