Serving as the second act in a predetermined trilogy, and framed as one giant flashback, Fear Street Part Two: 1978 is in the uncomfortable position of raising the stakes while being wholly predictable. Greater levels of gore and murder helps the former, but the latter keeps the Netflix horror movie saga stuck in the mood, exacerbating existing structural flaws.

Coming straight off Fear Street Part One: 1994, Deena (Kiana Madeira) and Josh (Benjamin Flores Jr.) are in Ziggy Bergman’s (Gillian Jacobs) home, trying to learn more about the witch’s curse that’s ensnared their friend Sam (Olivia Welch). Ziggy somehow survived an encounter with the witch back at a summer camp, and though they’re sceptical of what use it’ll all serve, they regale us with the tragic events of Camp Nightwing in 1978.

A young Ziggy, played by Sadie Sink, is terrorised by some bullies from the neighbouring town, Sunnyside. When a camp counsellor gets involved, it starts to sound like this might all be some actual witch hunt, wrapped in teen begrudgery, and some actually, grave supernatural elements. Then, that fascinating idea is discarded, and we get some tired exposition before learning this is basically what happened in 1994, again. 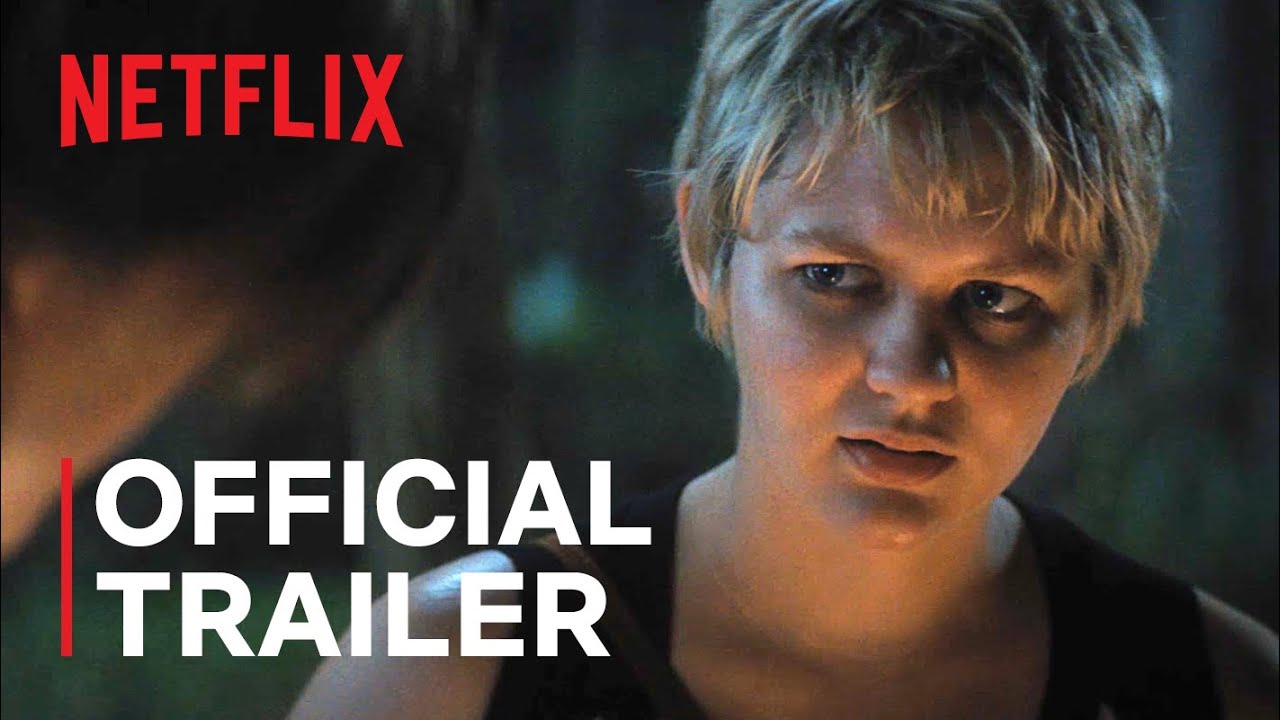 The shadow of the Shadyville curse looms large; siblings resent each other, friendships are distanced and frayed, and nobody’s happy about the two towns being forced to get along. Generational trauma intermingles with classism and reflexive othering because adolescence is especially tough when you come from a dead end like Shadyville, and everybody caught in its snare is lashing out in different ways.

Cindy (Emily Rudd), Ziggy’s sister, tried to refashion themselves to be accepted by the other town, condescending attitude included. Ziggy and Alice (Ryan Simpkins) have a morbid acceptance of their situation, safe in the knowledge this is as good as things will get, even if internally devastated, and more than ready to tear down anyone’s aspirations. It’s all toxic, and more personal than anyone cares to admit.

Despite us knowing how this all shakes out, the cast does a fine job rooting us in their tangled web. Cindy plainly wears her desperation, which is obvious to Ziggy, who’s trying too hard to keep her brave face up, and Alice holds no fear for anyone, least of all the people who decided she wasn’t cool enough any more. 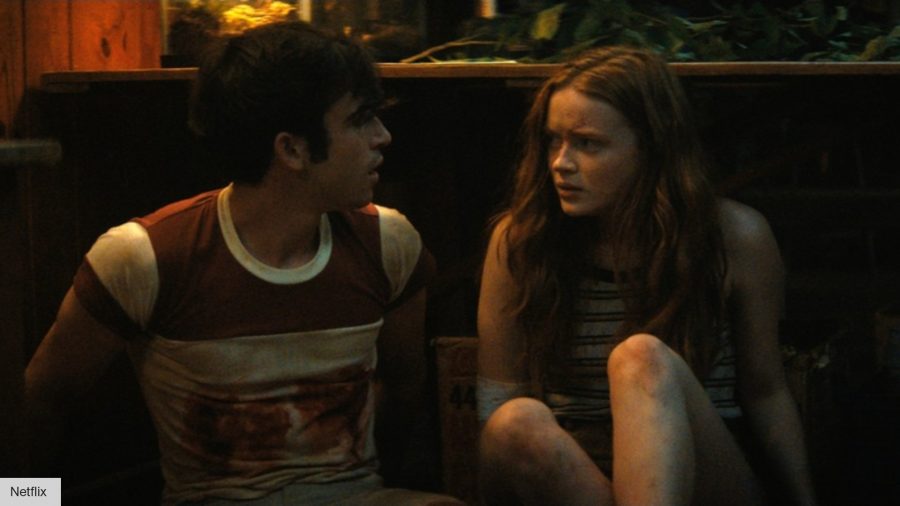 It’s a fine mess that’s at odds with the surrounding slasher. An inordinate amount of time is spent before the axe starts swinging lining everyone up, like we didn’t get the abridged news report in the previous film. Director Leigh Janiak is braver with the bodily damage to compensate, but it’s still over-wrought.

At one point, locations diverge: a secret cave, and the campsite. In one, a teenage boy is decapitating people left and right, in the other, estranged besties Cindy and Alice resolve their differences differences. Character can be hard to reconcile with frenzied killing at the best of times, but these conversations might as well be an ad break for how frivolous they seem compared to what’s practically a school shooting.

That’s not to suggest what Fear Street’s going for doesn’t come across – quite the opposite, given that nothing in this trilogy would happen if people just listened to and believed young women. But show don’t tell: make us feel the worst assumptions of these kids come true, rather than having them punctuate their emotional arcs in bullet-points. 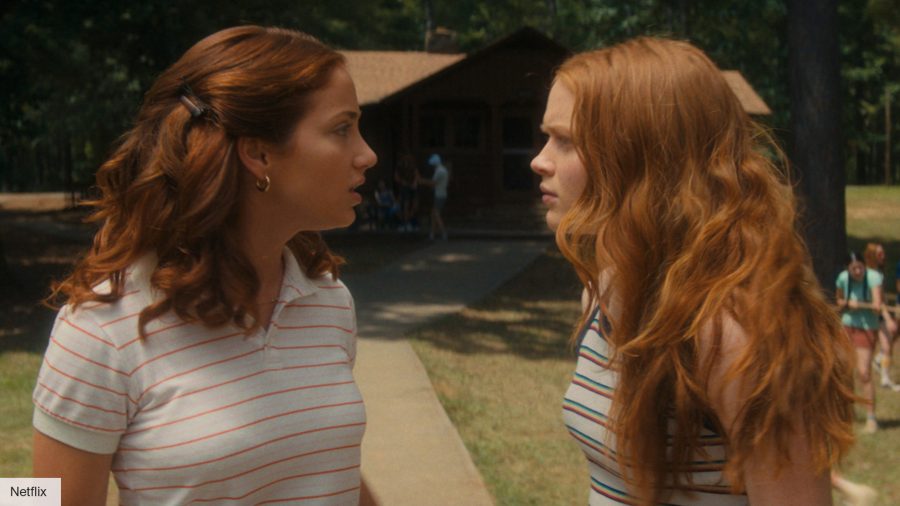 The notion that predominantly women are being haunted by this witch is done a disservice by the way it fails to manifest legitimate danger. Confident effects showing hacked up faces does widen the eyes, but it’s always fleeting. Everything’s too potted in conversations erring on making sure we understand when the effectiveness of these stories lay in making us feel the moment rather than understand it. Like during Fear Street 1994 when Deena and Sam make love, Ziggy sharing a kiss with a crush is the emotive high-point.

It’s slightly awkward, Ziggy and a young Nick (Ted Sutherland) gradually coming towards each other. They plainly like each other, but the true hurdle’s in whether they like each other enough to overcome social stigma. Spoilers: they do, and this moment says more about either than the bulk of their lines.

The movie knows this, since the twist of the blade in the tragic ending stems entirely from this same emotional flurry. Fear Street Part Three: 1666 is teased as a high-concept conclusion, and it’ll have to be special to raise the bar. 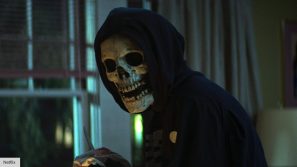 More violent splatter does little to distract from an over-written second part in Netflix's trilogy.