The flaming torch has been passed from Nicolas Cage to Lisette Alexis in the National Treasure franchise, as the TV spin-off finds its lead.

With the resurgence of popularity of The Mummy films (starring Brendan Fraser, not Tom Cruise), Disney Plus may be be tapping into what appears to be an appetite for old-fashioned adventure movies, by bringing National Treasure to the small screen. The writers of the original film – Marianne and Cormac Wibberley – are penning a pilot, with the hugely acclaimed Mira Nair set to direct.

Alexis is set to play Jess – a DREAMer who is searching for answers about her family and – of course – searching for a lost treasure. Jess is said to be brilliant, resourceful and always on the hunt for a good mystery and that her talent for solving puzzles will help her uncover her own history – according to Collider.

Indian director Mira Nair is behind such classics as Mississippi Masala, Monsoon Wedding and The Namesake, as well as the more recent Queen of Katwe. Jerry Bruckheimer and Jon Turteltaub will executive produce the series, which is due to start filming in 2022. Lisette Alexis had a supporting role in indie horror We Need to Do Something earlier this year.

The plot of the original 2004 National Treasure famously revolved around a plan to steal the Declaration of Independence. It had an A-list cast that included Christopher Plummer, Jon Voight, Harvey Keitel and Sean Bean, along with star Nicolas Cage. It earned around $350 million at the worldwide box office.

The 2007 sequel National Treasure: Book Of Secrets grossed nearly $460 million and revolved around Nicolas Cage’s character trying to clear his ancestor’s name from his involvement in the assassination of Abraham Lincoln (obviously). 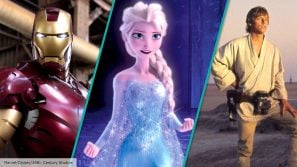