One of the most influential Batman stories ever told, The Long Halloween has been a fan favourite for years. Originally written by Jeph Loeb with art by Tim Sale, the 13 part story sees a younger Batman, who’s not the world’s greatest detective yet, desperately trying to track down Holiday, a murderer who strikes on public holidays.

As he tries to track down the killer and break the grip of the Falcone crime family on Gotham, Batman fails to realise nature abhors a vacuum and that by getting rid of the gangsters, he’s making way for the costumed criminals we all know and love.

After decades of waiting DC and Warner Bros have finally adapted this seminal work of fiction into a two-part animated movie. Directed by Chris Palmer and starring the voices of Jensen Ackles as Batman, Naya Rivera as Catwoman, Troy Baker as The Joker, and many more, the movie is a love letter to comic fans everywhere. Batman: The Long Halloween, Part One is available to buy now, so to celebrate, we sat down with the film’s supervising producer Butch Lukic to talk about the Caped Crusader and his work on the classic Batman: The Animated Series. 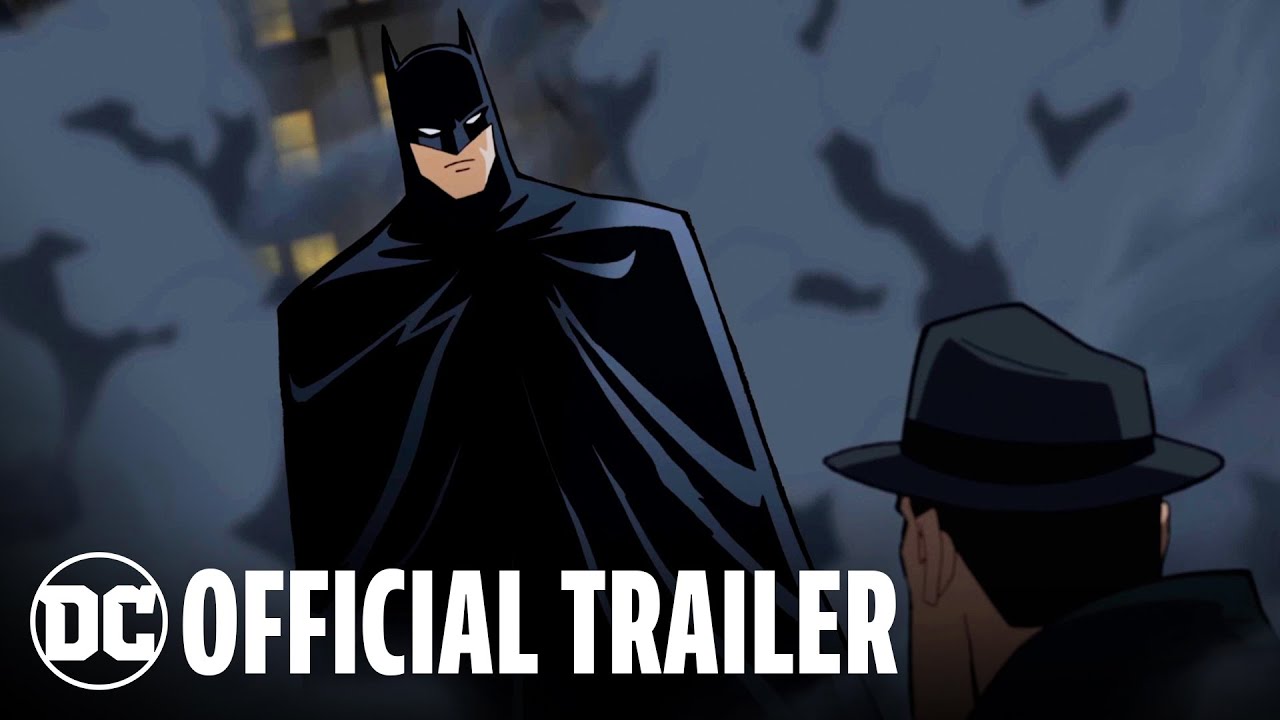 The Digital Fix: I want to start by asking you a little bit a bit your history with the Long Halloween. Were you a fan of Jeff Loeb and Tim Sale’s original book?

Butch Lukic: Yeah absolutely. I think that book came out when we were working on Justice League and I was buying it every month. I’m a regular comic reader, so every week I go comic shops, and [The Long Halloween] was definitely the high point of that era.

It’s certainly got that air about it, it feels more like a TV police procedural than a standard Batman comic.

Yeah, it’s an absolute crime thriller all the way, more so than any other Batman story.

So where did the idea to adapt Jeph Loeb and Tim Sale’s The Long Halloween first come from?

Well back when the book was first out I thought it would make a good film, but back then the only thing we were doing was Justice League and Justice League unlimited. It takes time and money to adapt a comic book directly into animation, and we didn’t do that back then. It wasn’t until Bruce [Timm] started the DC Animated Universe that they started adapting from the books, not that we didn’t do a few adaptations back on Batman: The Animated Series, but it wasn’t really the done thing. 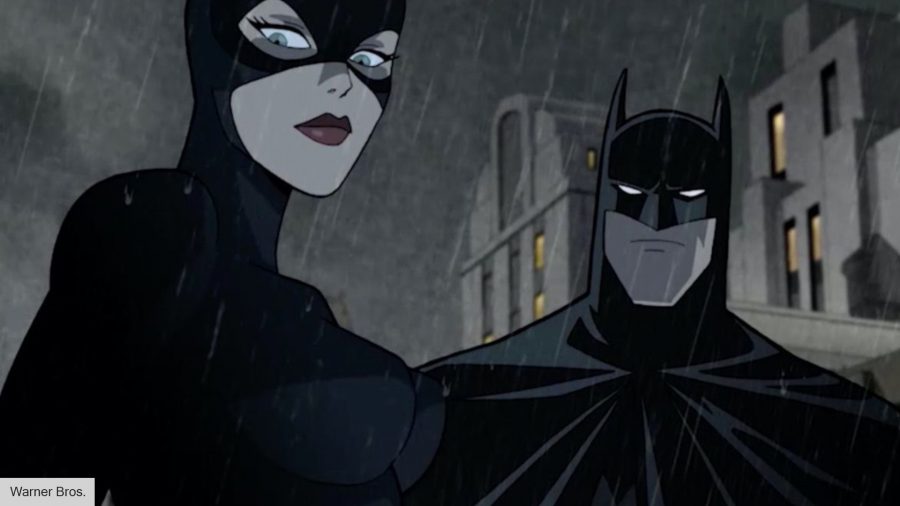 I ended up at a DC roundtable with the home video team and they had a list of books they thought we should adapt for home video. Number one on that list was The Long Halloween and no one else wanted to do it because they were busy with other things, so I said “screw it, I’ll do it”. I wanted to do [The Long Halloween] 15 years earlier but it took until I was a producer to get it out.

I want to ask about the animation, the film looks beautiful it’s not quite a 1:1 adaptation of Tim Sale’s work but there are definitely echoes of it while it still manages to be its own thing, how did you guys define the visual style of the movie?

Me and Robert our background designer, when we were looking through the book, made the decision that we were going to adapt that Gotham City. Actually, we wanted to keep more of Tim’s style but realistically we couldn’t fully adapt it. We had to give it more depth so we gave harder lines on characters and backgrounds to give things more weight.

The Gotham then is towards Tim Sale’s version of the city but also what we learned from working on Batman: The Animated Series, our knowledge of old film noir, and the style of cinematography that Tim used in the book. So we had that look for the city and then we looked towards Tim Sale versions of characters but we had to go in a different overall style that we could use in other films. 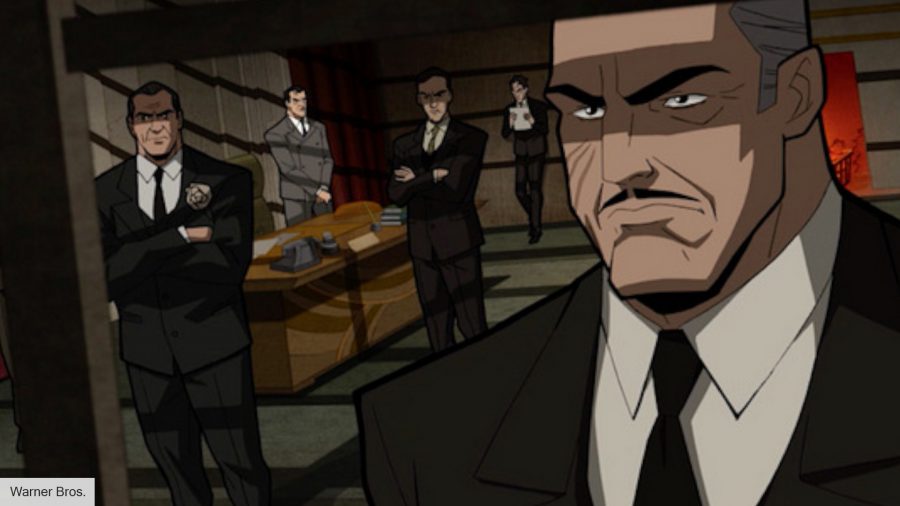 Initially, I was going to get Tim to help me work out a way to animate his style but it didn’t get that far because I was told after The Long Halloween other films would have to continue this style. So that’s why we altered the style and hired Otto Schmidt to help us out with the look to try and be faithful in other areas to Tim.

Why is it that Gotham always seems to be set in the past? It’s rare to see it portrayed as a modern city there’s always an anachronistic quality to it. Do you think that’s a holdover from your work on Batman: The Animated Series?

No, it hasn’t always been. Tim Burton sort of did it first with Batman and Batman Returns. Batman: The Animated Series was adapting, slightly, those films and it ended up becoming a staple of Batman, but it wasn’t before, except in the ‘40s, it didn’t look like that in the ‘60s and ‘70s. It all came about through Tim Burton and we carried it through the animated series, but it kind of got lost again over the years, everything became modern glass buildings which I found boring.

Gotham is a character in its own right and that means the backgrounds are just as important as the characters are, so that’s why we’re a bit more creative on the look of the backgrounds. Also, I didn’t want to do CGI backgrounds where everything looks like a block, I wanted it hand-drawn so that’s what we did.

How closely did the storyboard artists and animators refer to The Long Halloween during the production?

Everyone had the book on their desk so any particular scene they were working on they could refer to it. The artists could look at the panels and reference something in their shots, as long as it worked and was cinematic. 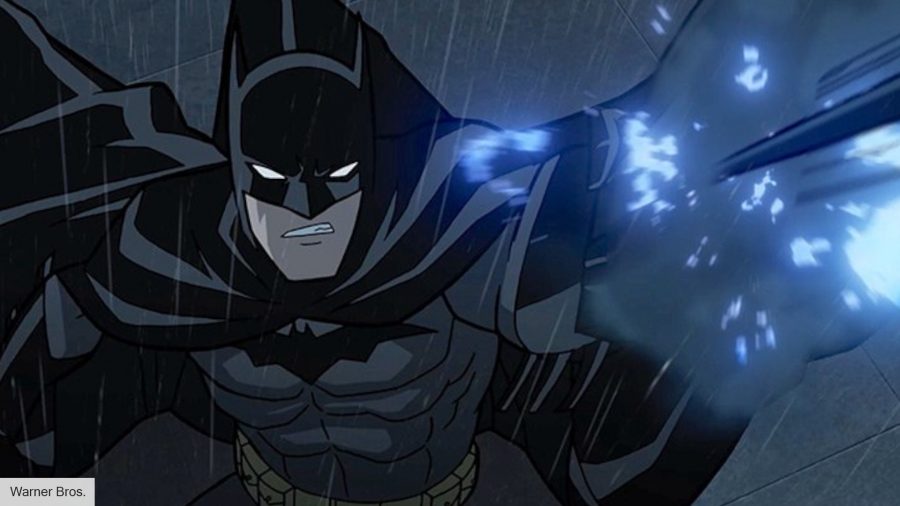 So some of the guys did and some didn’t, but if I think if you were going to do a cinematic version of the Long Halloween this is pretty close to the book.

I spoke to Tim Sheridan about some of the changes made to the story, we won’t get into spoilers but how did you feel about changing certain things for your adaptation?

What worked for the comic book might not necessarily work for the movie, it wouldn’t hold up if you put it on the screen. One of them was the gang and Harvey Dent visiting them in prison disguised, it’s fine in the comic but if we put that on screen it’s not going to wash. Harvey Dent’s like a foot taller than the guy he was disguised as, so most of the changes we made were for logic reasons.

Why do you think Batman’s such an enduring character?

Well for Batman, I think we relate to Batman more than other superheroes because he’s one of us, you know? He doesn’t have powers, you could be Batman if you chose to pursue that path of vengeance. 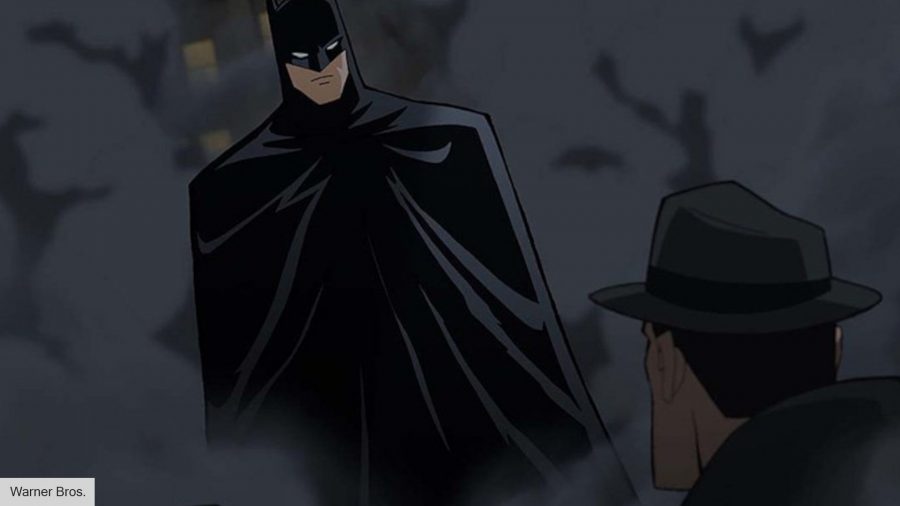 As for The Long Halloween, it’s because it’s the second year of Batman’s existence and crime is changing in Gotham and he has to learn to adapt to that change. So you have Batman, Gordon, and Dent trying to bring down the mob, but the rogue’s gallery showing up instead. You know Batman’s in his second year and with his lack of experience you have to wonder is he capable of doing it.

Would you consider doing a version of the sequel story, Dark Victory?

Yeah I’d love to and I was considering making it after Long Halloween, but we had to pitch Warners a different set of storylines as they wanted to expand the universe. 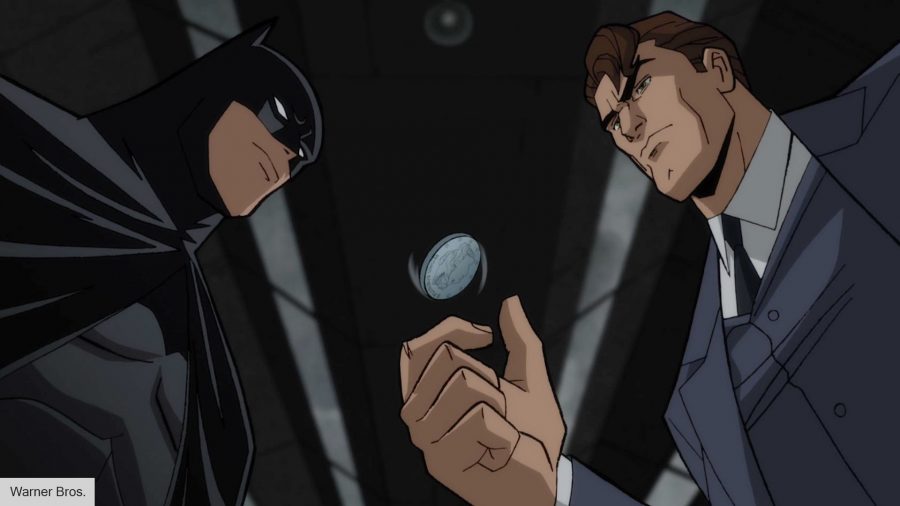 Before that though we thought we’d do Long Halloween and then Dark Victory, but right now we’re not doing it. Hopefully, someone can do it or maybe we’ll do it in the future.

You worked on one of the greatest Batman adaptations of all time, Batman: The Animated Series, which’s still popular today. How do you feel about its continued popularity?

I think it’s great! When we got on that project I was working at Marvel waiting to do X-Men, but once I saw Bruce’s six-minute pitch I was like “screw this I’m heading over there!” It was a revelation! It was Batman and an animated action show that had never been seen before. It was great to be a part of it, I’d just started in the business a year before so I got really lucky to get into it. 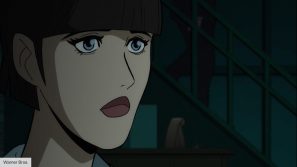