Who would have thought that practising medicine illegally out of a shipping container might put you in with the wrong crowd? Black Medicine, the feature-length directorial debut of Colum Eastwood,  follows a back-alley medic who finds herself in a hairy, and very illegal situation, when she is recruited for a mysterious operation. Set in Belfast, the Irish crime drama is full of heart, has a promisingly creepy story, but for a thriller, it ultimately never really gets your heart racing.

Black Medicine is a character-focused, moody thriller that revolves around the concept of human desperation and big overarching questions about morality through its dark suspense story. The film follows Jo (Antonia Campbell Hughes), a suicidal woman haunted by her daughter’s death. Now an ex-doctor, she practices medicine illegally, leading her to be recruited by Bernadette (Orla Brady), the matriarch of a powerful (possibly criminal) family.

Bernadette reveals that she wants Jo to help her terminally ill daughter Lucy (Julie Lambertson), and proves that she is a woman who is willing to do whatever it takes to save her child, even if it involves murder, and – spoiler alert – it does. 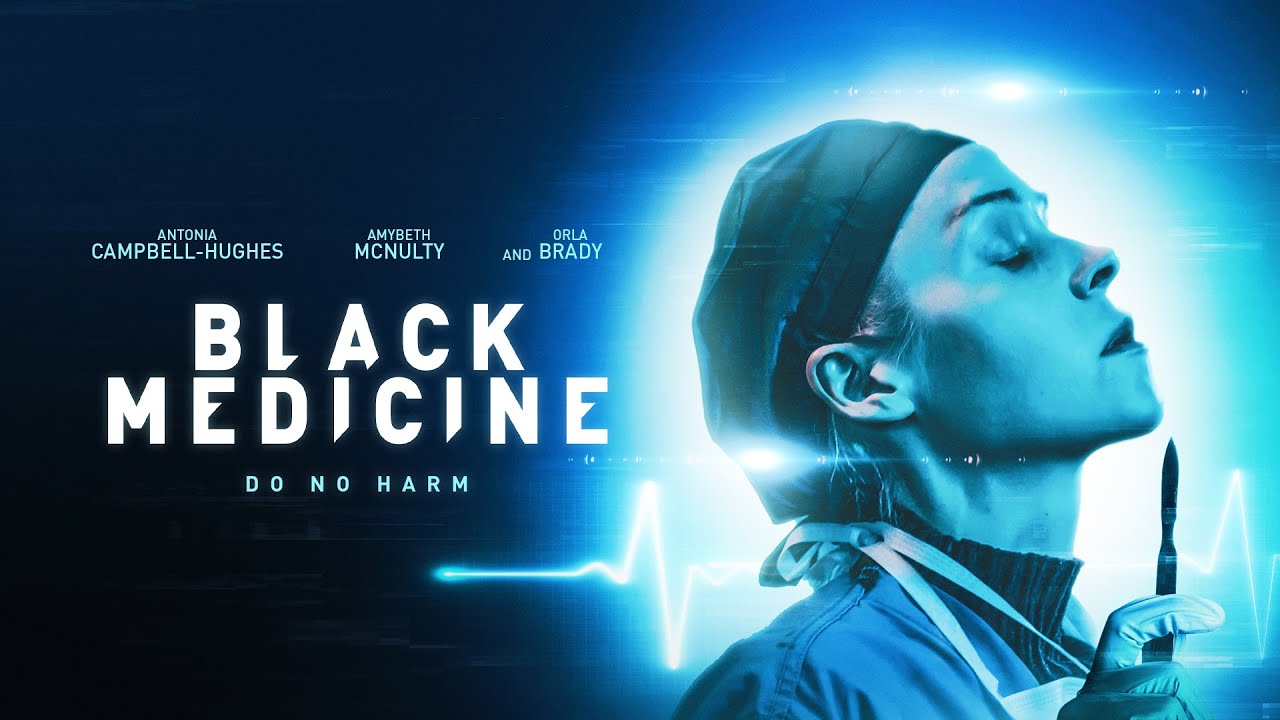 A kidnapped sixteen-year-old Aine (Amybeth McNulty) manages to escape from Bernadette’s mansion, revealing a plot about organ trafficking, and soon the film turns into a ‘tense’ race to try and escape the clutches of the rich and powerful family. Black Medicine is a script full of good ideas. Abduction, wealth disparity and abuse, as well as organ harvesting are terrifying themes, with a well of tense narrative potential. But, although its intentions are in the right place, and its story concept is brilliant in its own right, the movie feels unfinished, and never fully unpacks all its ideas.

Firstly we never fully grasp a sense of danger, simply because there hasn’t been one created around Bernadette, or her henchmen, from the get-go. Besides a lavish mansion and some Range Rovers, we never see them as truly intimidating until the film’s climax, making the movie’s overall build-up feel lacklustre, Aine’s desperation to escape questionable, and the needed tension for a thriller movie unfortunately never coming through. 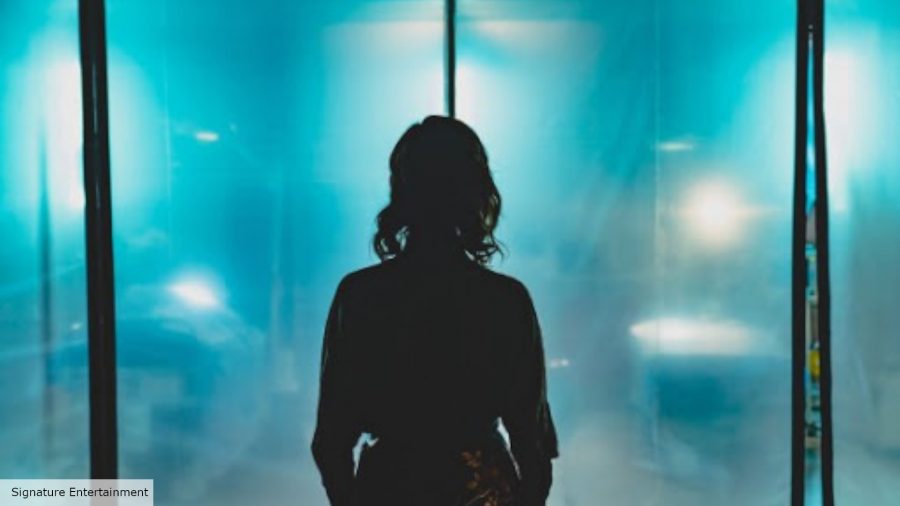 In many ways, the movie feels as if it should have been longer. Viewers are left wanting a more in depth look at Jo and Aine’s relationship, Jo’s memories with her deceased daughter, and who Bernadette really is/ does. The lack of subtext is frustrating because Black Medicine is so promising. The story is full of engaging sparks, and on paper, it has all the makings of a great thriller with some horrifying elements surrounding the reality of human trafficking.

However, despite the script’s flaws and the general lack of a suspenseful atmosphere, Campbell-Hughes and Brady’s performances are fantastic. Even if the plot leaves you with questions, it is impossible to disengage from your screen, thanks to the actors. The emotive portrayal of two mothers, both in a state of grief, is striking to witness, and Eastwood does a great job in capturing the parallels between their emotional journeys. As a character portrait Black Medicine works, thanks to its talented cast who dive into their roles completely.

Although in some aspects, Black Medicine fails to deliver on its promised genre, Colum Eastwood has shown himself to be a director full of good ideas. It will be exciting to see what he makes in the future, but as it stands Black Medicine is a movie that never rises to meet the cinematically tense occasion.

A film full of great ideas, but ultimately a thriller that never finds its suspenseful stride. Although Black Medicine is full of heart its bare-bones script lets it down.