Kristen Stewart and Robert Pattison have both made a name for themselves in Hollywood as top-notch actors, but what initially threw them into the spotlight was the teen movie Twilight. In an interview with The New Yorker, Stewart recalled how Pattison’s blend of intellectualism and an ‘I don’t give a f**k’ attitude made him the perfect actor to play the part of Edward Cullen – the aloof 108-year-old vampire in the popular franchise.

Based on Stephanie Meyer’s novel of the same name, Twilight became a cultural phenomenon back when it was released in 2008, earning $393 million worldwide and spawning four sequels. The movies saw Stewart play the part of Bella Swan, a young girl who moves to a small town and falls in love with the vampire Edward Cullen (Pattison). Stewart, who was brought onto the project before her co-star, described how she was involved in the casting of Edward Cullen and how she knew immediately that Pattison would play her love interest.

“[Pattinson had an] intellectual approach that was combined with ‘I don’t give a f**k about this, but I’m going to make this sing.’ And I was, like, ‘Ugh, same,'” Stewart explained. “And, whatever, we were young and stupid and, not to say we made it so much better, but that’s what it needed, and that’s what anybody playing those parts needed to feel.”

Since Twilight, both Kristen Stewart and Robert Pattison’s careers have continued to soar. Stewart’s role in Pablo Larraín’s Spencer was praised as her “most powerful performance to date” in our review for the drama movie. Robert Pattison is also set to dive into another cinematic franchise as he makes his DCEU debut as Bruce Wayne in The Batman next year.

While Twilight has faced unfairly harsh criticism (like most things teenage girls like, let’s be honest), the popular franchise definitely helped both stars in their careers.

Spencer is currently in theatres, and The Batman is set to release on March 4, 2022. 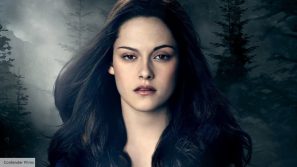