Filming is completed on Netflix’s The Sandman TV series. Neil Gaiman, author of the source comic, revealed the news in a Tumblr post. Remember Tumblr? Still a thing!

“Well, we’ve finished principal photography on season one, and now we all have to be patient while the VFX and suchlike are done, music is written and recorded, and so on,” he writes in response to a question on the show’s status. “No, I don’t know any release dates, or even when the trailer will be released.”

We knew production was moving forward thanks to a brief making-of featurette that was released some weeks back. In among Gaiman and stars Gwendoline Christie and Tom Sturridge talking up everything, we get the tiniest of glimpses at some of the sets that’ll make up the Dreaming. Gaiman reckons fans of the source material will be happy, at the very least. “It feels like Sandman. I don’t know if that means that people who watch TV will like it,” he says, “but I suspect that if you like Sandman and you want to see it on the screen, then you’ll like this. I also think Tom Sturridge will be a star after season one of Sandman drops.”

Allan Heinberg, who wrote Wonder Woman for the DCEU and has a long list of TV credits, developed the adaptation for the streaming service. Sturridge plays Morpheus, the king of Dreams, and Christie’s playing Lucifer, though her version will be considerably different from the televisual incarnation.

Based on the comic of the same name, The Sandman follows Morpheus, who’s captured by a cult in 1916, but manages to escape in 2021. Once free, he has to restore the Dreaming to the way it was before he was trapped.

Boyd Holbrook, Charles Dance, Sanjeev Bhaskar, Jenna Coleman, Asim Chaudhry, and more are in the large cast. A film adaptation has been swirling since the early-’90s, making this a very highly anticipated project for fans.

Watch this space for a release date or any more information. For more small screen adventures, here’s the best sci-fi series. 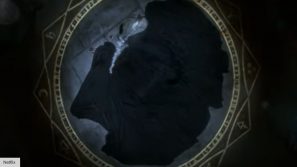